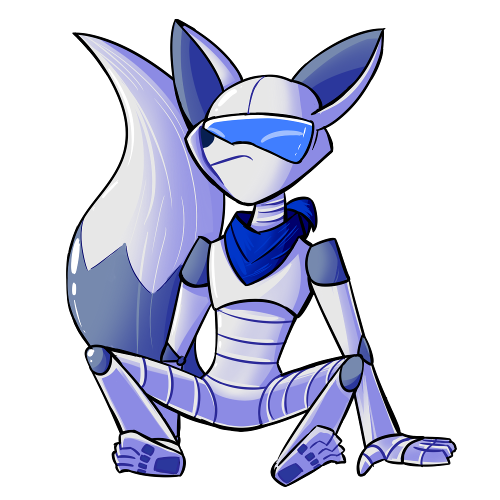 Attack Method: Break through defenses and aims for the weak spot.

[Patient] Neutral trait
This character is willing to wait things out or is less affected by aggression. This character tends to be a tad more tolerant of others but not by much, even this character has their limit on what they'll be able to take.
[Protective] Positive trait
This character is likely to know when things are going wrong with anyone they're protecting / anyone on their team. A protective character will defend them whenever possible. Endurance obtains a slight raise when the protective trait is active.
[Food Aggressive] Negative trait
This character is always the first character to eat once the table is set, and no one else would dare sit down with them. If anyone attempts to take, touch, or even look at their food they may become very aggressive. If a food aggressive character runs out of food they will do anything to get their next meal, even if it means ripping it off a co-worker. This character will also be unwilling to give food to a starving character to the point where they will put their eating habits over their life.

Zuid'tian honor whoever they wish but most honor no one but the Creator as many stories place him as the creator of clockworks.

A zuid'tian without its armor looks like a hairless and translucent cat covered in a thin layer of clear slime. The zuid'tians are clockworks, creatures which both integrate metal and flesh. Zuid'tian are non infectious unless one were to attempt eating large amounts of one. A newly born zuid'tian will have its parents build it a "shell" or if there is no parent to build it a shell they will slowly build one themselves naturally.

A zuid'tian's shell, also known as the armor, resemble familiar animals to earthlings. The average zuid'tian shell is usually feline in appearance but can look like most animals. Their eyes can be any color, however red usually is reserved for those who have gone rogue or feral.

As the zuid'tian grows they need to obtain new shells and must build these shells or go without them. Going without a shell for too long is near suicide as zuid'tians are extremely susceptible to illnesses, as their slime covered skin attempts to absorb anything it can.

Zuid'tains can conform to whatever shell they can use, even ones such as fishes or birds. Them being clockworks means their bodies will just change to fit whatever they need. When they get a new shell it takes about 4 days for them to completely hook up to it and fit themselves to it. In this time it may appear that the zuid'tian is "dead" when really it's just unable to move at the moment.

The zuid'tian are peaceful and logical beings, with their interest being in creating fantastical gizmos of extraordinary complexity. As clockworks they are outcasted from the rest of the universe but the zuid'tians still attempt to hold their heads up high. They have great pride in their own race and are willing to argue for hours with people who do not think zuid'tians are on the same levels as other organics.

Some zuid'tians do hold the highly questionable belief that all clockworks, even the ones that could take over and destroy planets deserve equal rights and a chance to live. Because zuid'tians are unable to become more infectious forms of clockworks unless they're flat-out eaten alive, clockworks tend to ignore them and may even be seen in a normal calm state by zuid'tians. This is why some zuid'tians believe all clockworks should be allowed a chance. This extreme thinking by the few continues to push the zuid'tians down the species ladder.

Zuid'tian are very careful to control their hunger. As clockworks they naturally feel the need to eat all the time but know that doing so would not only off put people, but cause them to gain weight too fast and be forced to leave their shells. There are some zuid'tians who go rogue or get consumed by their clockwork instincts.

Mechanical hackers: Can hack into machines really well if they're needed to do so. Magnets mess with their systems if attached to their cranial casing and are of sufficient strength. Ion blasts do more incapacitative damage.

• The mialcsem and zuid'tian get along great as the mialcsem see robots and organics as being on the same level and feel that the zuid'tians are brave for being able to overcome their natural instincts. 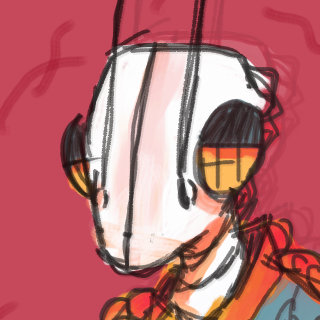