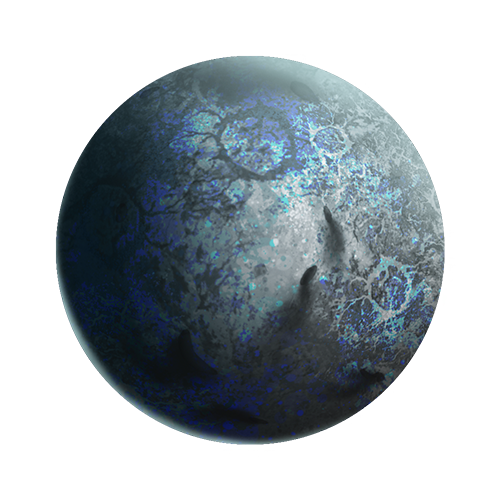 “Boring and not very exciting. 4 out of 10 would not recommend for tourists.” — A tourist about their own homeworld.

Puerto is a strangely barren planet. Grass only grows in a few places while trees and bushes are extremely rare sights. The planet is littered with buildings, landmarks, and other sites that would commonly be seen on a home world, but nearly everything is falling apart. To anyone who didn't know that the tourists lived on this planet, they would assume it was a dead world, killed by some unknown force. There is very little fauna to see on the planet. If one is lucky they might see a tiny insect trotting around to find food, or catch a fish darting away in to the unknown.

The sky and water are tinted a slight grey, likely due to the gasses that rise out the 100s of massive holes on the planet known as "Tourist craters". These large holes dot the planet, can be a half a mile wide, and are constantly emitting smoke from them. This smoke can range from white to a deep and heavy black. Most of the tourist craters smell like smoke, burning, and charcoal, just like the tourists who come out of them, but some smell like other things, though with a slight burning smell to them.

The way these buildings and landmarks are placed is considered peculiar. There are some landmarks in the middle of nowhere, while some landmarks are piled tightly together, as if they were part of a collection rather than placed in the location for a reason. Some of the buildings are also placed in odd locations, such as buildings on top of overwhelming mountains, where no species without advance technologies would be able to place them. Some objects are just placed in outlandish ways or places, such as a building that juts out horizontally out of a hill, or a landmark placed seemingly upside down. It is a mystery how any of this happened, and it doesn't appear that the tourists have build anything on top of their planet.

Tourist do not live in any of the buildings or landmarks, but may sleep in them during their travels across their planet.

Tourist history is nearly non existent. When asking a tourist what their home planet and history are they commonly say it is boring, or that it's not worth talking about because it's nowhere near as exciting as the history of the place they're about to visit. What little is known about the history of the tourist comes from looking at their home planet. The home planet of the tourists is covered in ruins of a large civilization.

This civilization had gotten as far as air travel and even a bit of space travel before disappearing one day. There is no evidence on their planet as to what happened to them, or even if they were the ancestors of tourists, only their untouched buildings eroded by nature still stand. Attempting to gather data about the civilization via the buildings and landmarks left behind is nearly impossible due to over 10,000 years of damage. Some feel it's honestly a surprise that some of the buildings are still standing.

The Gallery: An area filled to the brim with what appears to be landmarks. Traveling tourists are commonly found traveling the area with trades. All types of looting is allowed in this area, but the area has been so looted it's hard to tell if there's anything else to loot from the area. There are legends that there is a great hidden treasure in one of the monuments that no one has ever gotten to, but it seems to just be a legend.

Tourist crater #450: The largest tourist crater by far, it is over 5 times larger than most craters. This crater is where many tourists from nearby craters meet up for trips. The fumes coming from the crater can be seen for miles. Tourist here are always ready and willing to join any crew that passes for free. Crew should be careful though, some tourists here have not so friendly motives.

The Pillar of Life: A great pillar reaching in to the skies. It is called the pillar of life because it says it is right on it, but the pillar of life is just a large jet black stone, the only thing impressive about it is that it is so massive and tall. Tourists who don't wish to return to their craters for whatever reason call this pillar and the area around it home. The pillar has been linked to shady deals done under the table but for the most part the locals in this area seem friendly.

Tourist Craters: Only tourists can enter tourist craters. Anyone else who gets near them will be overwhelmed by the fumes and quickly pass out. If not removed as soon as possible they may soon die due to lack of oxygen. Tourists come these craters, and either walk, or climb down them to get in. Even though these craters seem to be the homes for tourists they rarely come back to them, only heading in to them for a week or two every year or so.

• The reason no one can enter the deep dark holes on the tourist home world is because they die one way or the other. Going in without a mask kills most people in seconds due to the fumes. Going in with a mask causes the person and any cameras they have to be enveloped in fumes. Pulling them back up after this event will show the person, and everything they had, gone.

• There's a small island in the middle of the grey sea of the tourist planet, and on this island is a lush paradise filled with plants, fish, and small bugs. There is only one tourist crater here, and all other tourists have to figure out their own path to the island to visit it. The tourist on this island were unsure at first, but now profit big time off of all the tourists who visit.

-Back to Planet Menu-
< Prismatica
Pyrite >