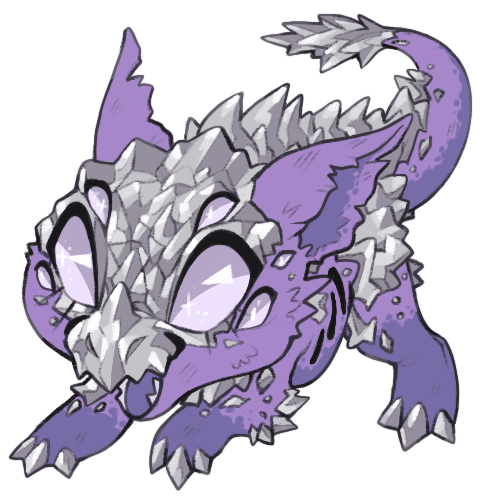 “What thE FUCK THAT'S NOT A PUPPY???” — a drakon's friend, meeting the drakon's pet aedelweard hound

Attack Method: The best offense is a good defense, and the aedelweard has more than enough of that.

These large "hounds" serve as fairly common pets to drakons - covered in spikes hard enough to deter even bullet damage and boasting taloned feet for capturing prey. Their hide is softer on their sides, legs, and bellies, with the black spiracles being especially vulnerable. They use these spiracles to breathe, as the nostrils on their heads are too narrow to provide sufficient oxygen to their lungs. To prevent damage to this extremely soft, vital area via airborne particles, aedelweard hounds owned by drakons will likely have these spiracles covered with some sort of protection. They developed their hard, spiky armor as defense against the dragons of Lairus, which attack from above.

Aedelweard hounds are fairly docile, long since bred into this role by their drakon masters. Always born in a single pair, aedel hounds come in six different colours: red, orange, blue, green, and the rarest colors of yellow and purple. Each litter is born in a set of complementary colors.

Red and green aedelweard hounds are commonly used by dragon-hunting drakons, and the blue and orange hounds are most often given to hatchlings. Yellow and purple aedel hounds are exalted as omens of an oncoming ascendance of an enlightened and malevolent drakon: as such, the birth of these hounds are celebrated, and they are treated with utmost respect. Many drakons believe that, by treating the purple twin especially well, they can delay or prevent the ascendance of the malevolent. If the malevolent ascends anyway, the purple hound is often sent off with them, as a sort of punishment. The malevolent, however, often bonds to the aedelweard hound, treating it just as well as the drakons above.

Bantam Aedelweard: Averaging about five feet long, bantam aedelweard are the most common breed of hound among off-planet drakons.

Titan Aedelweard: Averaging 20 feet long, titan aedleweards are the only breed of this hound restricted to Lairus. The last time one of the titans was brought off-planet, it caused the destruction of half a city. Though legends persist, no one is quite sure how, exactly, it managed this feat.

• Aedelweard hounds have been observed eating almost anything: this includes rocks, dirt, carrion, small pieces of metal, clothes, and one observed instance of an aedel hound consuming its own severed limb. It is yet unknown whether they can survive on a prolonged diet of these objects.

• They do not have a sense of smell; their nostrils are too small, and their spiracles are too delicate to pick up any scent except the strongest ones.

• The birth of a Titan pair of Ascendant aedels (a purple and yellow pair) results in a planetwide celebration. Drakons currently off-planet, who still believe in the myth, will also return to Lairus for a short while to participate in the festivities. 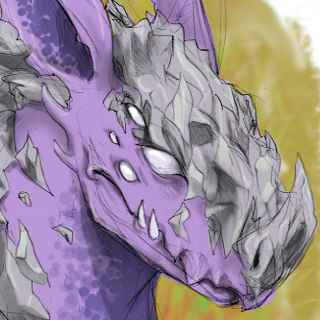 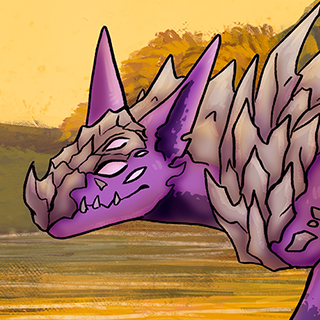