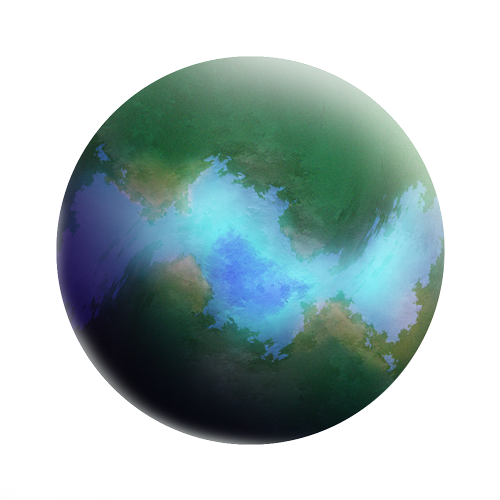 “Great place to spend the weekend and forget about your troubles for a while, although the last time I was there, I woke up about a week later on fortuna with a lampshade over my head. Must of been a wild night, wish I could remember it.” — Random oddly scented Tourist

Very scenic and lush, Ploaxomats is the home planet of the peaceful gondii. The areas that are most populated with gondii are very fertile lands, green and full of life and often located near large bodies of water. Gondii that live within these communities, with the exception of some designated areas, are built with little to no advanced technology. These villages seem extremely primitive to outsiders, however these gondii outright refuse the help of advanced tech, and even electricity in some extreme cases. Thus, these communities tend to be the cleanest and most relaxing of places located on the planet.

Outside of the populated areas are mostly unexplored, due to disinterest by the gondii. These parts of Poaxomats are made up of dense forests and sparse bodies of water, be it lakes, ponds or swamps.

Once a planet completely covered in water, over time the ocean of a planet dried into a partially water covered planet. It's indigenous species eventually evolved to this change, while most still retain traits like gills and fins the gondii eventually moved up onto land with it's primary hosts. Ploaxomats has always somehow averted danger over the time that it's existed, many others referring it to a ticking time bomb as, sooner or later, some highly aggressive species will realize that taking advantage of a planet of pacifists would be incredibly easy.

Aahiimsa: A moon that orbits clockwise around Ploaxomats. This is where most gondii who reject the common lifestyle of their kin are sent to, and thus is far more technologically advanced than the home planet. The gondii who live here have built cities and space ships, however it's a very tightly packed population since Aashisma is a fairly small moon.