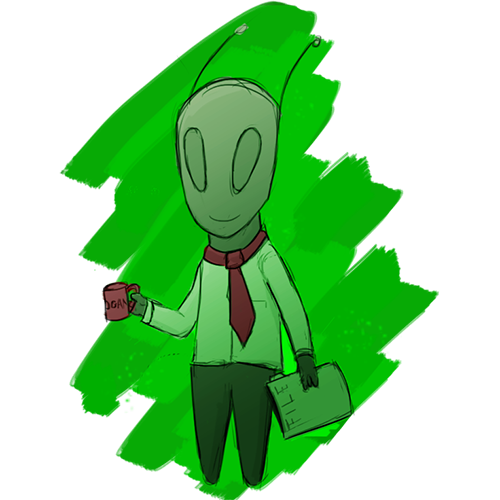 “Bob. That's not how things work around here. Everyone in this building has 1 job they have to do and 1 job only. Bob over there makes coffee, even if no one needs coffee. Bob over there waits till a letter shows up on a screen and then she presses it, and you, Bob, do the fetch quests.” — Bob

Attack Method: Review section 5 on what to do if attacked.

Generics have a very generic form. They are green, have two antenna on top of their heads which end in orbs, and are about 3 feet tall without counting their antennas. All generics are a mix of female and male sex but when speaking to any non-generics, all generics will say they are of the same sex as the person talking to them as this is the most generic choice of action. This also applies to gender.

Generics who are "not generic" will stick with their own gender.

Generic. They live their life as generically as possible. What this equals depends on what planet they're on. Some generics do break this mold. These generics are generically known as specifics.

• Generics live forever until they get sick or are killed. Most generics do not keep track of their age and when asked how old they are they almost always say "middle-aged" or "14".

• Every planet that the generics own is called their homeworld, making it extremely hard to find out which one is their actual homeworld. 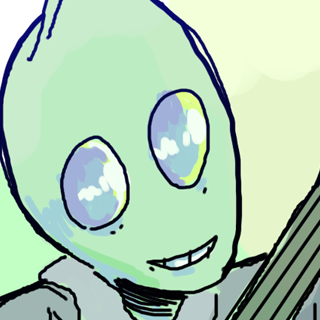