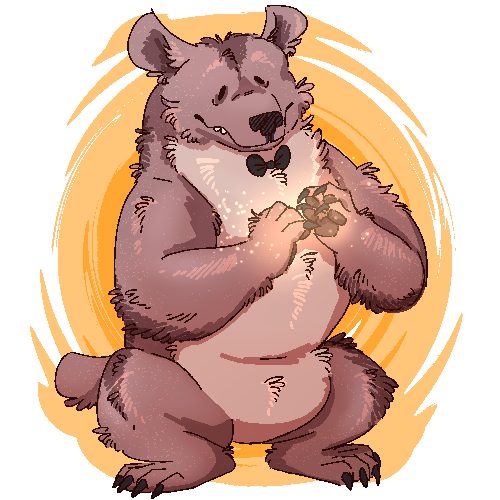 Attack Method: Oquintas generally prefer things such as daggers and small throw-weapons, but can use their claws.

[Collector] Neutral trait
This character has a collection of items or does lowkey hoarding of random objects they find. They are more likely to pick up just about anything they find and check it out. If an item is removed from their collection without their approval they may become minorly distressed.
[Organized] Positive trait
This character keeps things in order. As long as this character is around, objects are less likely to go to waste or be stolen, and if they do they will be noticed right away.
[Softie] Negative trait
This character is easily moved when they see somebody down on their luck. While this character may end up making some friends this way, they will end up helping others even if they can't afford it. This character suffers severe morale losses when made to be "mean", but doesn't feel any obligation to be nice to villainous people.

Oquinta don't commonly honor a god but when they do it is always a god of fair leadership or of teamwork.

Oquintas are small, hairy mammals with large eyes and large, floppy ears. They resemble a small bear and can be of many natural colors. They also have opposable thumbs and well maintained claws which they use to climb anything they find. Their paw pads are normally a shade of brown but rarely can be any other color such as blue.

Oquintas are one of the best species at collecting and organizing stuff. Oquintas trade service and objects more often than they use currency, but they have accepted universal currency for usage in the case of dealing with the outside universe, or if their fellow oquinta wants to get something they don't have at the moment but still wants to provide their service.

They aren't too aggressive and are often pretty friendly yet shy. They are not a very intelligent or advanced species but they are light and quick which, in packs, make them pretty great hunters.

The oquintas live in treehouses on the jungle planet of Jumanjia. They live in large clans of 100-200 oquintas. Oquintas use communism as their form of government in their large clans. Other then this there is not much to note about their history.

Dusk: A very uncommon subspecies that has adapted to living on the ground and in the darkness.

Arctic: A subspecies that adapted to the cold biomes on their home planet. The arctic oquintas tend to have fluffier fuller coats and live in smaller packs of 10 to 30 individuals due to the there being less food around. They may overheat if they do not get a trim when going to warmer planets.

Trait Changer: Oquintas have an ability to change the traits of items via touch. This can extend to things such as weight, texture, color, even things such as taste, but it doesn't often go very far. A weight oquinta cannot make a ship weigh a feather, for example.

• Their general community motto would be best described as "Have no regrets, have no secrets." Due to their communal, communist, clan-based culture, teamwork is of a higher priority and privacy often of a lower.

• Greed is considered a very bad thing in general oquinta culture, as it highlights taking what others could use with nothing or little in return. Oquintas are expected to work to the extent of their abilities and be rewarded in turn for what they deserve. Oquintas who desire to try to live in remarkably higher standards than their peers with less work usually go off-planet.

• Oquintas have a tendency to look for use in much anything, and thus many have a controlled collector/packrat habit. This may apply to everything, or it may be a general collector hobby focused on one thing. Someone once introduced trading cards to the oquinta home planet and nearly ended up causing a currency to form. 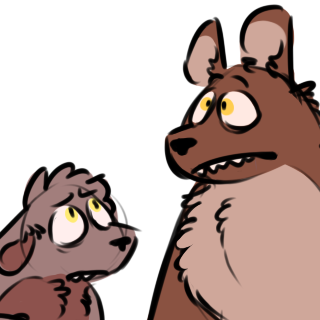 -Back to Species Menu-
< Oomn
Pagepoh >