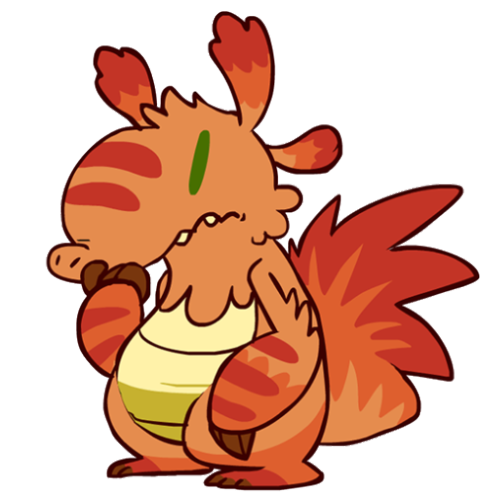 “Something smells fishy about that last statement...” — A marmar working as a lie detector in a court of law

Attack Method: The marmar much prefers not to fight, but if they must, they use their sharp, heavy fore-claws to inflict deep gashes into their opponents.

Marmars honor whatever they feel is best for themselves and their health. They appear to hold no god in favor of the other.

Marmars are short, squat, bipedal creatures with stubby legs and round shaped bodies. They have a long, bushy tail, 2 sets of ears, 2 eyes, a flexible nose, and a mouth full of round, blunt teeth meant for grinding.

Marmars are covered in layers of thick, soft fur, giving them a rather poofy, feathered appearance. The fur is very soft and smooth everywhere except for their bushy tails, where it is especially long and coarse. Most marmars have neutral, earthy colored fur, but mutations of bright reds, yellows, and oranges are not unheard of. Their bellies lack fur entirely, exposing their leathery hide. The skin on their bellies also possesses hardened scales for added protection against injury.

The marmar sports thick, heavy claws on their front paws, used for breaking through hard ground to reach insect nests underneath. Their back paws are equipped with shorter, but still very sharp claws used mostly for traction.

The marmars are generally friendly and known to be peacekeepers on crews. Their super sensitive noses pick up on minute pheromone changes of the people around them, and they can use this information to determine what other people are feeling. Marmars most often do this unknowingly, and thus many would not be able to pin down why they can always tell changes in their crew mate's moods. Most marmars heavily dislike conflict, and can use this ability to help mediate any inter-crew arguments.

Marmars have a very strong olfactory sense, and can use it for a number of things. They are most well known for using it to detect mood changes, but they are also very effective at finding food, fuel, and even lost crewmates. Since the marmar's eyesight is very poor, they often rely on their sense of smell to give them their view of the world. A marmar's nose continuously bends this way and that as they sniff around the area. It is normal for this to happen even while conversing, and does not mean the marmar is paying any less attention to their conversation partner.

Also due to their incredible olfactory sense, marmars are particularly sensitive to cleanliness, or lack thereof. They will happily sit and groom themselves or their crewmates for hours on end. As a result, their fur is always silky soft, and having one on the crew may help control the spread of illnesses.

When confronted with danger, marmars will instinctively puff up, their long fur making them appear to almost double in size. They may also bark or stamp their feet to warn their assailants and their crewmates. This behavior is seen as cowardly though, and if it happens, it's often because the marmar is too afraid to control themselves. During a fight, they will use their large foreclaws to scratch at their opponent's perceived weak spots. They may also kick at the abdomen in an attempt to disembowel.

Upon discovery of the species, marmars were often hunted for their luxurious pelts. Their fur, being so soft and pleasantly colorful, quickly gained popularity across the universe. As their pelts gained popularity, the marmars began to be hunted more and more, causing them to almost become wiped out.

Eventually, the "wild" marmars gained protected status as an endangered species, with some being captured and raised on farms for breeding purposes. The marmars fought tooth and nail to be accepted into normal society, and, with the help of a friendly spacegoing crew of aftik translators, made a formal request to become recognized as an official species. Upon careful consideration from the notails, their request was eventually accepted, and the protected marmars were allowed to join spacegoing crews and not worry about being hunted for their pelts.

This, however, didn't stop the occasional poacher from taking down peaceful marmars and marmar crewmembers. As time went on, it became much less common for this to happen; however, marmar fur farms still exist and are combated even now, with no real signs of them going away.

Scent Empathy: Marmars are able to pick up on the moods and emotions of crewmates and others by sniffing out their pheromones in the air. This type of empathy only works with organics.

• Marmars do not have strong inter-family relationships. It is perfectly common for a marmar to leave their parents once they're able to fend for themselves and never speak to them again.

• Marmars may like having their fur stroked by trusted crewmates. However, they aren't keen on being touched this way by just anybody. 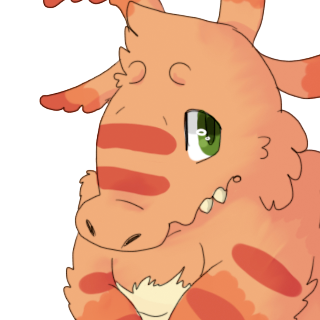 -Back to Species Menu-
< Mandgi
Marsich >