Who invited this guy / Brainworm 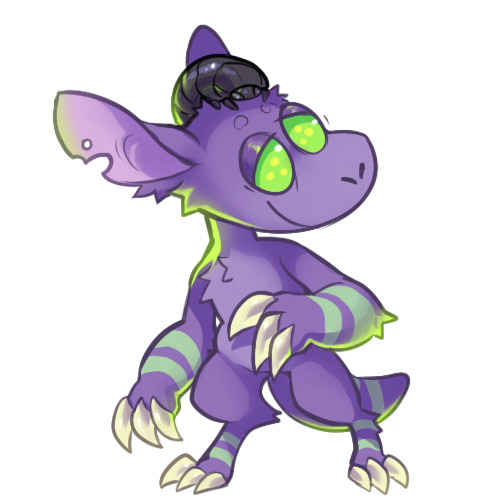 “You know what a seeing eye dog is right? Think of it like that but for a whole body. She's a smart bug, but her body is a dumb, goat, dog, sort of strange creature. You've been doing the equivalent of calling a dog attractive.” — Sonny

Attack Method: While most try to avoid fighting, a gondii will often lunge and proceed to maul their target.

[Pacifist] Neutral trait
A character with this trait would prefer not to fight, and will almost always try to solve a situation in a nonviolent manner first and foremost. However, if that is what it comes down to, they will still battle to defend either themselves or others.
[Animal Communer] Positive trait
This character is more likely to be in tune with animals. While they cannot speak "animal" they are able to understand their emotions and the animal is likely able to understand them.
[Lazy] Negative trait
This character dislikes working and will never go the extra mile. They also have a lower standard of what is too much work and may endanger themselves and others by cutting corners.

The gondii tend to honor whatever god they wish but many tend to have some sort of belief in the creator.

The gondii are a race of black, worm-like parasites. While alone they're not incredibly impressive; near-blind and incapable of speech. You'll almost never see one that isn't attached to a host. These hosts, when the parasite is attached to the back of their necks, enable the gondii to speak, see, eat, etc. There are two types of hosts: the domesticated type which the gondii have been breeding and living off, and the feral type which have been left to their own devices in the wild.

The host species are a mammalian, mostly bipedal species native to the gondii home planet. Roughly 5 to 6 feet from head to tail, their heads are almond shaped, with two pointed ears and large, usually half lidded eyes with three separate pupils. Their hands and feet are endowed with large claws, the domestic type having duller claws than the feral. They're covered in a short, fine fur, coming in a variety of colors, the domestic breed usually being more colorful and bright. They have a ring pattern on their wrists and a short pointed tail. Domestics will usually have double rings, while a feral will usually have an uneven amount.

The large majority of the gondii race are pacifists - due to their special diets they prefer to promote peace and love amongst their kind. They're highly social, living in small utopian communities scattered across their planet. They tend to refer to anyone as either "brother" or "sister", with the exception what they perceive to be authority which could either be their "chief" or "the man", depending on the Gondii's opinions are on them.

In some cases there are gondii that are born with a taste for emotions other than positivity. Some gondii will prefer sadness, anger, fear, etc. whether it be a matter of taste or some kind of rebellious behavior. The ones who are not focused on positivity are usually shunned by the rest of the gondii, or even banished for what the others of their species refer to as "harshing their mellow." Therefore it's more common to see one of these "oddball" gondii while traveling, as the 'normal' ones like to stay on their home planet so they can continue to feel good without conflict and worry.

There was a time the gondii could live without host bodies. Swamps were the perfect environment for the early ancestors of the species, feeding off stray thoughts that came off of crustacean-like fauna. Over time as they steadily evolved, it would press the gondii to latch onto their crustaceous hosts, slowly moving up onto land and to bigger, more emotional fauna. Over time, their technology has developed but is still very primitive compared to the rest of the galaxy. The gondii have only been touched by outside influence enough to know of space travel and weaponry, but hardly take the opportunity to use such technology in fear that it may disrupt their current lifestyle. The ones who do choose to partake in such engineering and creating are usually not a part of the communities or have been shunned out of them.

Rumors: While it is rumored that there are gondii still living in the swampy terrains of the planet, evidence has yet to turn up from the lack of explorers.

Gondii attached to different species: There have been cases of Gondii attached to species that are not their normal host species. There are a few requirements for a Gondii to successfully feed off of a host, the most important being that their host must have a brain and spine or something of that nature. Gondii cannot attach to a species whose intelligence is too high or one that may have psychokinetic or otherwise psychic abilities, as their host may be able to fight their control. Gondii that have been either exiled or traveled out from their home planet have been seen attached to fauna of other planets, or those with an especially low intelligence.

• Early ancestors of the host animal of the gondii were semi, if not entirely aquatic. While they have long lost their gills and webbing, they however continue to be excellent swimmers.

• Once every year, on the 4000th day of the 20th moon rise, the Grand Harvest Night occurs. It is a traditional gondii celebration, when the moon light hits a special crop grown and they finally bloom into thousands of branching leaves and flowers. The next 3 or 4 days are spent in one continuous party, where the crops are burned in a giant pit so that their hallucinogenic fumes fill the air.

• The gondii themselves live for roughly 500 years, however may go through several hosts during their lives as their host's life spans vary. Domesticated hosts may live up to 150, give or take. Ferals however have dramatically shorter lives and may only live to see 60 or 70 years of age. Most older gondii are monks. As they grow older, the majority go into meditation trying to reach this sort of nirvana, a pure happiness without any distractions.

• The Gondii's diet consists purely of brain waves given off when strong emotions are felt by their host. For the large majority of the species, this emotion is happiness, pleasure, and generally positive emotions.

• Due to the Gondii's diet of positivity, alcohol and drug consumption is a very common practice amongst their race, and addicts to such substances are easy to run into. The elders and monks of their species have developed a very potent wine which, given how rare it is outside of their home planet, can go for extremely high prices. 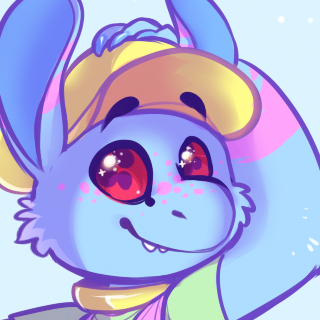 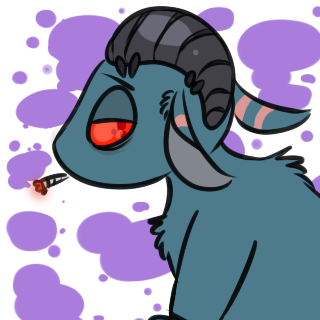