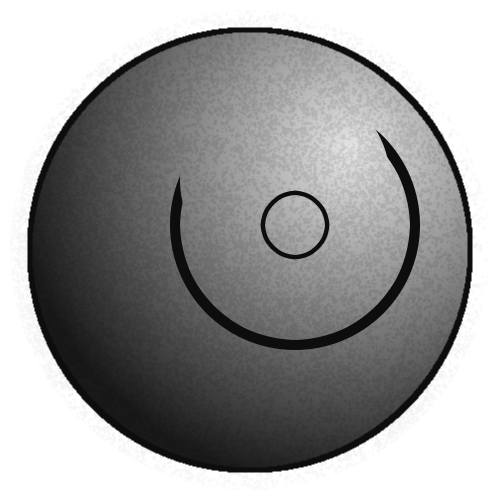 “Oh no, not this again.” — A group of datos being confused for a football

Attack Method: Use tech, swarm the head if need be.

The oldest and most popular religion of the datos is the worship of Eolia. Datos describe Eolia as the give and take of all energy, knowledge and life force. Eolia is in everything, joins everything, turns everything into everything else. Eolia is meant to be a comforting force that unites everything. It is frowned upon to refer to Eolia with any pronouns.

A singular datos is so small it is nearly invisible and could only be spotted by the glint of light off its metal carapace. It is very unlikely for one to ever meet just a single datos, as they travel around in swarms of anywhere from a few thousand to a few million, which resemble a rippling silver orb the size of a beach ball. This orb floats using electromagnetic forces that stick together and transmit data. Thousands of datii can disperse themselves over a fairly large area while remaining in contact with each other. To distinguish between colonies, each colony of datii will take on a certain pattern with which they will mark themselves when in "orb form".

Datii convert biomass into fuel using chemicals inside them. A datos orb needs to eat about once a day to continue running optimally, but can last around four days at a more sluggish pace.

While each datos is a singular entity, you will almost never see one outside of its colony. Datii network between themselves, meaning that a colony of datii is a lot more intelligent than a single datos, and they will never express an opinion until the colony has reached a consensus. When attempting to discern the reason for something, the colony will often suggest multiple possible reasons, before dismissing all but one of them as "unlikely". This leaves the most likely explanation as their current understanding of the reasons behind the event.

When two colonies of datii meet, they will exchange any relevant data, and sometimes some of the datii from each colony will trade places with each other in the name of new points of view. When this happens the colonies will each adopt a part of each other's symbols. The datii might be a robotic life form, but while they do have a "logical" outlook on the world, they also have emotions. They universally feel extremely insulted if someone tries to "use" a paradox against them.

Datii tend to treat organic species condescendingly, seeing them as being in the stage of development just below them as they have not become cybernetic yet. They will often attribute mistakes to organic bodies getting in the way of mental function, or insist an organic let them take over a task because as a robot they of course know exactly what to do.

In fact, datii believe all species would be better off "ascended" to a metal form. Most datii are extremely enthusiastic about this and eager to preach to any organic willing to listen about the benefits of a robotic body. Fortunately for them, however, they are not so pushy about it that they have lost their high-class status in the eyes of notails.

Being a species of robots, the datii are very good with technology, and therefore make good mechanics for any ship. They are one of the greatest providers of cybernetic limbs and transplants into robot bodies in the universe.

Long ago datii were waste-disposing motes at the bottom of the food chain of Crocoma. Only their unique ability to transmit electromagnetic signals between large groups of them enabled them to get a leg up and begin conquering the harsh environment with tools. The datii used technology to augment their meager capabilities until they had made themselves completely cybernetic, and had exterminated or domesticated all of the dangerous species on their homeworld.

They eventually ventured into space and became members of the galactic community. Not even their surprise that other species still clung to organic life could outmatch their fascination with the great pool of knowledge that had opened up for them. They eagerly joined the galaxy's researchers and scientists in picking apart the secrets of the cosmos, but it was not long before they began to butt heads with those who did not share their views: namely, the notails.

They could neither comprehend nor abide the notail attitude towards the unexplained; to destroy that which defied known laws of the universe instead of study it was unthinkable to the datii. This was only compounded by the wealth of knowledge that notails hoarded to themselves rather than share with the rest of the galaxy, not to mention notail hatred for the fusion of metal and organic. Relations grew strained. On more than one occasion datos frustration grew to the brink of war, but the datos knew they could never be able to win. They had always been forced to work together to survive. Their inexperience with battle would leave them crushed by notails, hardened exterminators of any who opposed them. Thus each time the datii cut their losses and backed down, maintaining an uneasy, resentful peace.

A peace which even the slightest push could tip over the edge.

• Datii and gignes have a strong diplomatic relationship due to their views on science. They can often be found working together on research or competing in a friendly rivalry.

• Datos architecture resembles hamster tunnels as it's easiest for them to travel through.