Attack Method: Short, solid, deliberate, and efficient; not a single wasted movement or unnecessary flourish, with a heavy focus on self-defense. Recruited contractors may incorporate elements of their prior species' styles into their fighting.

People who know about contractors and how they work will tell you that they don't really believe in any gods. This is mostly due to the fact that their religious views tend to be just whatever's convenient for the time. There are possibly true believers of religion for whatever religion they followed before recruitment.

Gods: Whatever god they believed in pre-recruitment

Contractors, also known as "original contractors", are bipedal beings with hooves, a deep red carapace, and two to six horns erupting from their head. They have four bright yellow eyes that can even be seen in the dark. Their large mouth is filled with many sharp teeth that never seem to get dull, as well as a forked tongue. These original contractors shockingly seem to speak in a, what is called by tourists, "southern accent" but a few will decide to learn a new accent to make themselves stick out from the crowd. Non original contractors stick with whatever accent they had before their fate. Their face has a clear split in it, commonly leading many to call them two-faced.

Contractors also have a long tail that usually ends in an arrow-shaped point, but may have a variety of other shapes such as, but not limited to, a cluster of spikes, a split, a mace-like formation, an upside down arrow, and a tentacle. Some believe that the type of tail a contractor has determines how they act, and what type of deals they strike, but this is all hearsay as their tail has no impact on any of those things.

Recruited contractors bear the head and general body type of whatever species they were pre-recruitment, except they are covered in a blood red carapace which they often cover up with sharp, professional garb. They commonly trick most species into thinking that "they just got a condition" or "oh, some of their species just happen to look like this" to cover up for what they really are. They are highly deceptive and many are tricked by them.

Contractors often approach individuals hoping to make a deal in which the contractor gives the "client" in question exactly what they need... But at what cost? There's always something in it for the contractor hidden between the lines, and even "trustworthy" contracts can go Monkey's Paw fast. It is very possible to kill a contractor, but just because one can, doesn't mean they should; contractors seem to know when someone has done just that, and will try to pressure them into recruitment (the process in which one becomes a contractor) in order to replace the one they oh-so inconveniently removed from the workforce without official notice.

How recruitment works exactly is unknown, but many suspect that it involves contracts. Upon being recruited, one either inherits the name of the contractor they killed, or given a new one if they didn't kill anybody. A contractor's name is generally a gender abbreviation followed by a plural noun or a verb-noun hybrid (e.g. "Mrs. Stones" "Mr. Crunch" "Miss Embers" "Sir Crossing" "Mlle. Rush" "Mr. Skies"). While many come off as sly characters, it should be reminded that they are also people with their own wants. Some just want to do their job like they were told. Others, however - some might say the majority - harbor their own ambitions.

Let's Make a Deal: A contractor may quickly draw up a "contract" with little difficulty. These contracts are more than just legally binding, as people soon find out.

The most basic contracts consist of equivalent exchange, like receiving one item in exchange for another. The more intelligent a contractor is, however, the more complicated, and devious, the contracts can get; from giving a good trait, while secretly giving them an equally bad trait in the fine print, to a favor-for-a-favor, that might come back to bite when it comes to just what the contract considers to be acceptable as a favor. Highly intelligent contractors can make monkey paw traps, able to hide their true motives within their words. A client uses their intelligence against a contractor's charisma to spot any hidden clauses, but the best contractors can convince nearly anyone to sign on the dotted line anyway.

• Contractors are generally not inclined to join crews, or stay in close proximity to the same people for long in general; the less you get to know about them, the better it is for them.

• For some reason, they tend to be pretty good at guessing what a potential client needs, even when it differs from what they want.

• Original contractors have been seen "shifting" in and out of the universe as if they were teleporting, though many reports have been put down as hallucinations and paranoia. 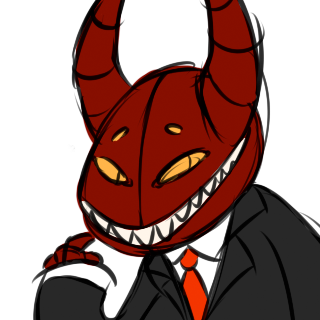 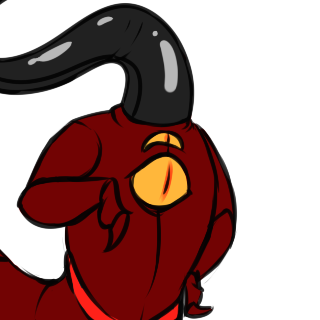 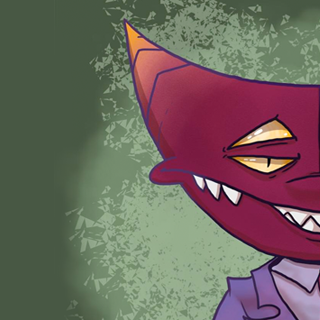 -Back to Species Menu-
< Conscience
Copez >