Land of the croaking carpet 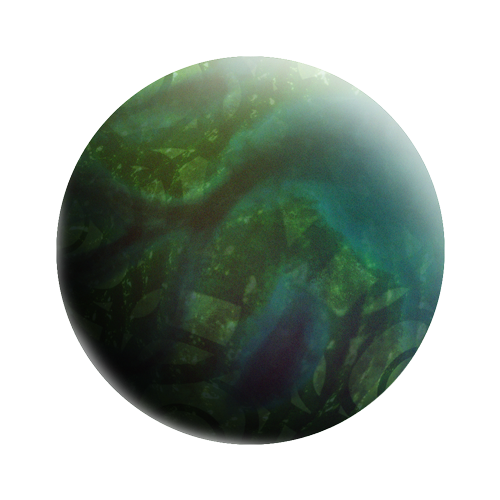 “Wife died eating a toad. Guards said I couldn't enter the city to buy snacks since I was too sad about the wife. 2/5, would not eat here again.” — A review of Allringaque

Allringaque is a planet full of tropical rain forests that is dotted with cities of white and gold towers. For unknown reasons the canopies of the forests show a ring pattern when viewed from the sky. The forests themselves are dominated by the ringed frog, a large amphibian creature whose skin is extremely poisonous to the touch. The only other creature walking the floor is the ringeater rat whose body can break down this poison and lives off the corpses of the frogs. All other creatures mainly stay up in the trees where they're safe from the frogs.

The cities on Allringaque are guarded by a volkronn mercenary corporation whose employees put any potential visitors through screening by the sirrhingi government and charge a high toll to anyone who enters. The towers in the cities generally serve one purpose, such as being a residential flat a shopping center, or an entire tower sized art gallery. Most cities contain several towers filled with workshops and laboratories where the sirrhingi try to fulfill their 'godly duties' of engineering goods for the common benefit. Since the entry proceedings of the cities are so unwelcoming to visitors, the cities are not geared towards tourism or traders and most goods going out of the planet are sold directly to volkronn trading companies.

Allrigaque shares most of its history with the sirringhis as a species. After the sirrhingi got accepted as a species, their government hired company of volkronn mercenaries to keep there from being any major shakeups and the planet has for the most part stayed the same, albeit with some people leaving and entering.

The god engine: The god engine is a massive white and gold tower with red markings that stands on a remote place on Allringaque. The insides of the tower are a mass of cogs and steam pipes, powered by the thermal energy of Allringaque and in constant need of maintenance. The sirrhingi know the god engine as an ongoing and particularily ambitious project of one of their leaders, a massive mechanical supercomputer that is in the process of being fine tuned. What is freely known to everyone else is that the god engine is working perfectly fine as it is, and is actually a giant candy factory that mass produces taffy filled mints for cheap. Sirrhingis die trying to maintain in the factory each day, and the factory itself is infested with ringeater rats which feast on the abundance of dead sirrhingis and spilled candy in the factory. There is a candy shop selling these mints near the factory, but tours of the factory had to be put to a stop because of several occurences where visitors got crushed in the machinery or eaten by rats.

Ringeton: Ringeton is the sirrhingi capital city. It is the first city built by the sirrhingis and is the biggest one on the planet. Ringeton is actually built on top of an older version of the same city, which was abanoned and had a new city built over it after sirrhingis were allowed to build statues of themseles and the city became littered with these self portrait sculptures. The undercity has become home to a life worshipping cult lead by a high class sirrhingi who hopes to please life enough to be blessed with immortality. Visitors entering the undercity often go missing and it's presumed that the cult is killing people to use their bodies as fuel for a jury rigged hybrid machine, used to produce monsters under the pretext of creating 'new life'. On a few occasions monsters made by the cult have come to the surface and had to be shot down, but thus far the cult itself has managed to evade the authorities.

The paintwood: While the paintwood is close to one of the smallest sirrhingi settlements, the wood itself is one of the most densely populated pieces of wilderness on Allringaque. This is something the paintwood owes to its abundance of natural dyes and easily carveable trees. Many sirrhingi 'art gods' hang around these woods in makeshift tents and atteliers to meditate on nature and make art out of the materials available. There are also some biologists that study animals here because the artists can keep them company. Sirrhingis can do this safely because the local wildlife stays out of their way, but other artists that have tried to mingle with the sirrignhis there have mostly ended up poisoned by toads or snatched up into the trees by the local wildlife.

• It's theorized that the sirrhingi share a common ancestor with the ringeater rat because they share an immunity to the frog's poison.

• It is strictly illegal to make a painting or statue of any sirrhingi on Allringaque, including the god kings, and anyone caught making such an art piece will have the piece as well as their art supplies destroyed in front of their eyes.

• Ringed frogs are considered contrabrand outside of Allringaque after one got loose in a theme park and wrought havoc. Visitors are instructed not to take any as pets, no matter how huggable they may look.