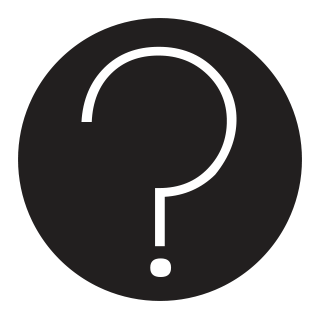 “The weird warship out there? Yeah, noone knows why they abandoned it, or why its still just sitting there. It is though, and noone here really questions it.” — Anonymous kaikian commenting on the Alpha-2 Craft

Planetary Assault Craft Alpha-2 was once a prototype quotillic-designed vessel designed for large scale millitary invasions and bombardments, and is the only one that has been found. It was equiped for space and sea locomotion and was most likely used to land on a target planet's oceans and bombard cities from the seas. The craft itself is in near pristine condition, with the only signs of damage being a few hull breaches that are very well patched. It currently sits abandoned and left to rot near a major kaikian trade center. While few have asked, the kaikians refuse to say, or simply do not know why the ship is left alone.

The history of the Alpha-2 craft is shockingly well documented, unlike almost all other quotillic history. The craft was a prototype vessel that was built by the qoutillics in order to assist in "piercing through the Veil." It was in development for 5 years before a functioning prototype was constructed, which was a vessel known as the Alpha-1. This earlier vessel, however, was rendered completely inoperable during its first combat operation. The Alpha-2 vessel followed this first craft, though it was far superior in almost every way. It successfully destroyed the first colony it was matched against, however on the way to its next target it was abandoned for unknown reasons.

Shortly afterwards, the kaikians found the vessel and used its design to develop their "Kirok" vessels. Ever since then, the vessel has lied abandoned with no use.

Main Deck: The main deck of Alpha-2 is where the majority of combat operations occurred. It houses the primary artillery cannons and anti-air armaments, and several landing pads for resupply ships and attack boats to be deployed once the craft was landed. During combat, the main deck was the heart of action on the ship, with almost all operations being conducted on the main deck or within structures housed atop it.

Primary Hold: The primary hold housed almost all operations that would occur on the vessel outside of combat, such as housing and feeding troops. It was typically only used during periods of travel and when the ship was not in combat, as the facilities within had no purpose in combat situations.

Maintenance Hold: The maintenance hold is exactly what one would think it is, the area of the ship where things like engines or life support are housed. It is located at the very bottom of the ship for maximum protection of the equipment it houses. For unknown reasons, it is sealed off from the rest of the ship.

• Despite its close proximity to a kaikian colony, the Alpha-2 Craft remains unsalvaged by the kaikians for reasons unknown.

-Back to Planet Menu-
< Orvan
Pacoficus >