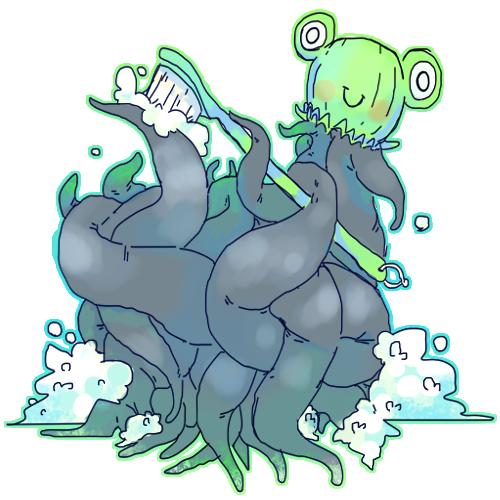 “You know, as creepy as they look, they do give nice hugs.” — Chungy

Attack Method: Grab enemies with their tentacles, then drag them underwater.

[Crepuscular] Neutral trait
Character is neither fully [Diurnal] or [Nocturnal], but instead is mostly awake during the transitionary periods between the two.
[Low Metabolism] Positive trait
This character consumes half the normal amount of rations.
[Aquatic] Negative trait
This character can only live in fairly specific conditions, which might not be suitable for general travel on a space ship. For instance, an [Aquatic] character would need to constantly be in water, while a [Xeric] character would need to be constantly heated and dry.

Cnidanii are not very religious for gods, instead honoring their ancestors.

Cnidanii are best described as a huge mass of dark-colored tentacles. Any other attempt to describe it further than that just ends up contradicting itself, any attempts to understand them further drives people to insanity.

Despite their large and imposing size, most cnidanii are relatively peaceful and friendly, even going out of their way to greet anyone they meet with hugs aplenty from their hundreds of tentacles. Not much else is known about how the cnidan act, as most of the society still lives deep in the oceans of Plokam and only the first few brave members have left the planet to start integrating into the universal society.

Cnidanii live on their planet Plokam, a completely water covered planet. Many smaller piscene fauna live throughout the waters, but the cnidan loom sizes above the rest and are at the top of the food chain. Any attempts to land here if your ship isn't waterproof are foolish at best and fatal at around eighty percent to worst. Don't ask what makes up that last twenty percent.

• Traditional cnidanii greeting rituals can take upwards of two hours for all the tentacles to become untangled. They always find this very fun and enjoyable despite the struggles.

• For some reason, traditional cnidanian drinks are served in small, barrel-shaped bottles, mostly being a variety of bright colors. 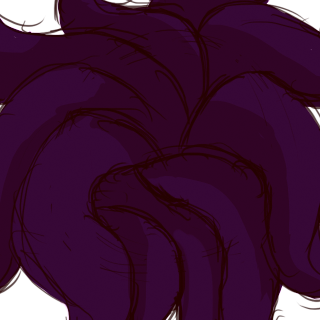 -Back to Species Menu-
< Chriilth'tyn
Comrade >