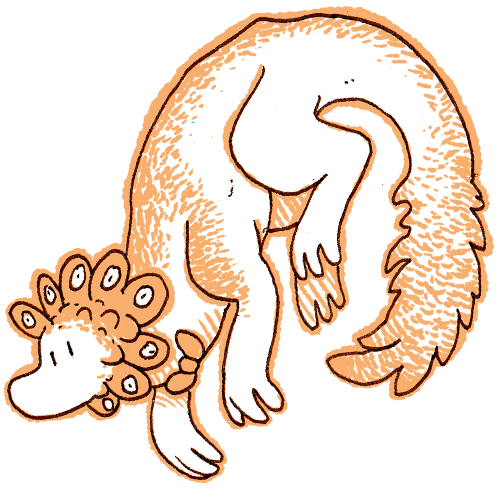 “We stick together. That's how we got this far, that's how we'll get past this” — One budryft to the rest of their group.

Attack Method: Prefers fighting in groups, fighting defensively until an opportunity to push the enemy back shows.

Their original Eschji-era religion is unknown, lost along with everything else. Today they worship the Limbo gods like most of the universe.

The budryft are large, quadrupedal, amphibious lizards with arms ending in very large, flat hands, with a second set of fingers in the palms, giving them a set of smaller, more proportionate 'hands'. Their necks have several short ruffs of skin around it that are longer in front that can be extended in a manner like a frilled lizard. Budryfts are capable of standing and doing tasks on their rear feet, but it's more comfortable and less taxing for them to be on four. Plain, work-ready clothes are common, the less fancy and ostentatious, the better.

Modern budryft are friendly, steadfast, and diligent workers who stick together to endure the hardships thrown their way. They are also stubborn, defensive, and a tiny bit... boring. They aren't too fond of the upper class in general, but they will often make exceptions, and it's rare to find one that is full-blown classist.

Almost everything about the budryft before the disappearance of their home planet of Eschji has been lost or suppressed. The refugees who didn't go to family on other planets went out to colonize new worlds. Any attempts to nominate a new homeworld were countered by several other claims, some even cropping up just to stall and/or prevent the nomination.

After countless hard years, the budryft managed to eke out a new existence, some finding work in construction, especially aquatic buildings, and some finding work spinning budryft silk, having used the tragedy to renegotiate earlier silk deals. A rare few have managed to successfully become architects, to the ire of a few for reasons they do not wish to disclose, which suggests a proximity to the "Eschji days."

Silkers: A non sapient breed of budryft, they are larger, and more docile, but otherwise very identical to the main sub species. Their chief difference is that they regurgitate raw silk regularly, thus they need to eat more wood than a common budryft. They are very susceptible to under-nutrition, as raw silk production takes most of the food, and slows down very gradually, to the point that the silker will die of starvation before it stops. They are incapable of surviving in the wild. The budryft view them highly, and consider them deserving of just as much respect as the common man, if not a bit more.

Silk-Spitters: Budryft can excrete silk from their saliva glands which can be woven into textiles, although only silkers produce enough for it to be practical.

• There's difference in opinion among the budryft towards the kounini. One side views them as, kinda decent guys, considering they were still buying budryft silk even when the market crashed. Others feel the kounini are likely to blame for the reputation of budryft silk being used to scam buyers of more expensive silks.

• Many budryft are sympathetic about the jerce and their lost homeworld, especially considering the jerce's case was worse than their own. This isn't so widespread with the noxis-noverum, with only a handful pitying their loss, while a few feel that the noxis-noverum have learned nothing from it.

• Eschji is considered lost as it's location was successfully removed from all major sources, and thoroughly from any and all budryft databases. 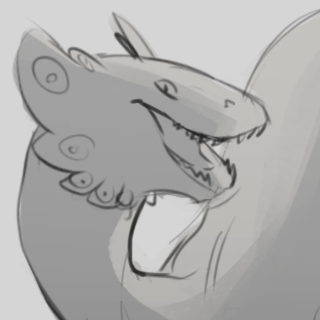 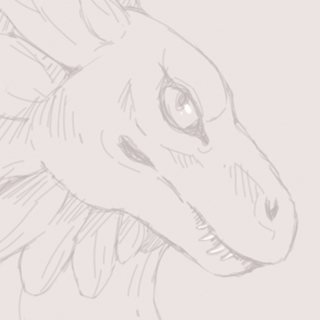 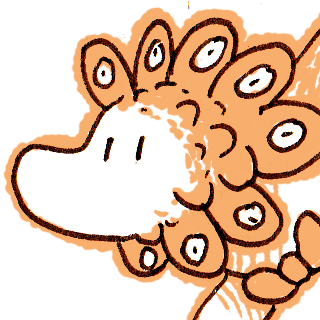 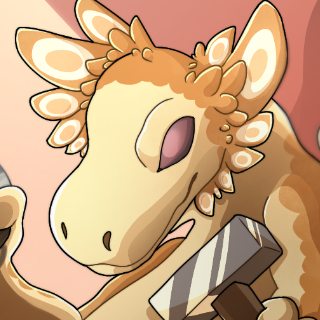 -Back to Species Menu-
< Brewdian
BVo9 >