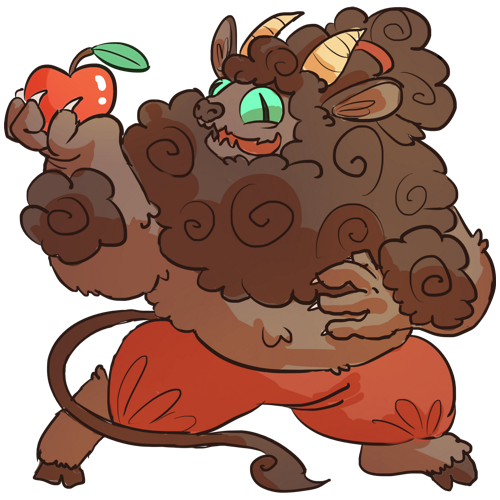 Attack Method: They attack by kicking and scratching with their goat hooves and large, clawed paws. When their enemy is down to low health, they'll bite at the jugular.

Usually they worship any god related to fertility, bounty, and harvest.

Gods: Any that fit their needs, Helper

Agnivyr are satyr-like sheep creatures, having legs a goat would and a furry body. Their heads and chests are covered in a thick wool, serving as hair. The wool can look different from agnivyr to agnivyr, but it will always be curly and thick. Sticking through the head wool, on the sides of their head, are two horns. These horns are usually a dark color, like black or dark brown, and come in an array of shapes, from small and sharp to long and curly. For eyes, they have large, feline eyes. To add to this predatory visage, agnivyr have claws and pointed teeth. Out from their backside is a long, lion-esque tail.

For patterns and colors, most of them have dull colors and very bright eyes that contrast with their coat. Occasionally, some will be born with brighter coats than others as a sort of genetic condition. There isn't anything to distinguish genders and overall, gender isn't really considered important within the agnivyr culture.

Most agnivyr are extremely social in any given situation, especially when it comes to communals within dinners. They also are rather good in a community in general, keeping tabs on every neighbor they have and making sure to get out and talk to them once they see them. Agnivyrs usually stick around each other and if you see one, another one is nearby. It's very rare for one to be alone because they lean on communication and without it, they will become depressed and pessimistic.

• Those agnivyr born with brighter coats are very susceptible to being caught by the various predators that run rampant in the depths of the agnivyr's homeland - as a result, they are usually kept within the bounds of villages and not allowed to hunt for food. However, those with brighter coats are born with a heightened sense of food quality and often move on to become chefs.

• This fact also makes them a little bit more sheltered than other agnivyr, and often less focused on talking with their neighbors because they don't have the same food interests in them. Contrary to their bright coat, they have a dull disposition. 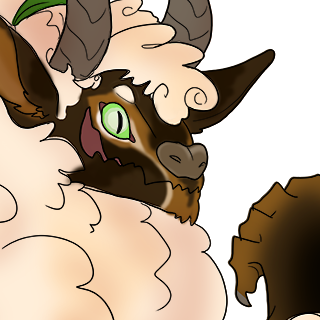