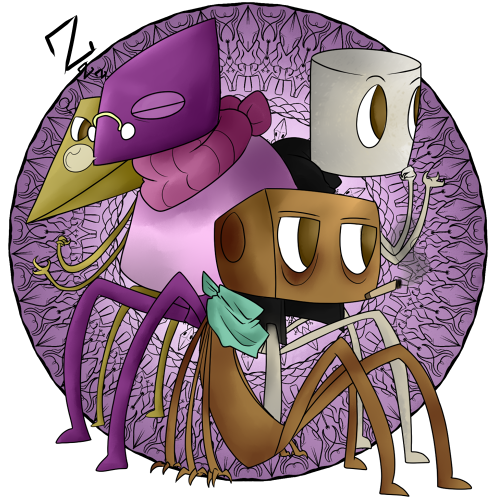 “It's a phrase, you know? The jester tells the king a bad joke and is taken to the gallows to be hanged? Look, forget it. If you want to die, go for it. I'm sure you can kill an oil shark all by yourself, jester.” — A soothal

Attack Method: Try to use speed and gadgets to gain the upper hand, flee if that fails.

Soothal kings and queens have agreed that soothals can worship the limbo gods as long as they continue to worship the soothal god.

Soothals are very tall, but as thin as a stick. They have many pairs of arms going down their body, with three legs at the bottom making them a tripod. Many consider their 3rd leg to be a tail.

Their head shapes vary, with squares being peasants, triangles being the middle class, cylinders being nobility, and diamonds being royalty. All soothals have very large eyes. They seem to have an exoskeleton made out of a brass-like substance, but it is not a metal.

Most soothals are extremely curious, exhibiting an almost child-like nature at times. Great wisdom belongs to them, although they have no idea how they got it or what the knowledge is used for, making it so any conversation with them is rather strange. They live in a pseudo-medieval society, with kings and queens, merchants, and peasants, but most of their technology is based off of steam and advanced learning.

• Soothals live 30 - 150 years with the peasants leaving the longest and the royalty living the shortest.

• Soothals aren't very fond of modern entertainment like video games and movies, preferring card and board games as well as live music and theater plays.

• The Soothals commonly visit the Pagepohs' theaters and some of them have started to cater specifically to the Soothals, featuring kings, knights and jesters. 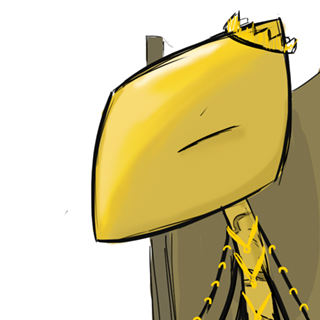 -Back to Species Menu-
< Soledade
Speddari >