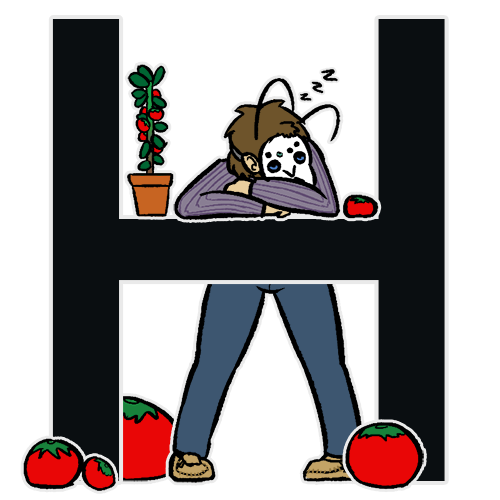 Population: 0.1% of total notail population
Likes: Planets, Nature, Carefully cultivating plants which when used can create a hallu- look it's drugs, They like doing drugs ok?
Dislikes: Not much
Contributions: H-classes have achieved farming perfection for the notails. They have created many plants for notails to utilize, including strange ones, and now that they have perfected farming they just mill about, getting high and coming up with strange plant based ideas.

[Calm] Neutral trait
This character tends to be calmer than most and is slightly more likely to be able to calm down faster in tense situations and clear their mind.
[Green Thumb] Positive trait
This character is very skilled at growing all sorts of plants with little failure. Character also has a charisma and intelligence bonus when talking to, or about, plants / plant based species. Character commonly is a gardener, hobby or otherwise.
[Sickness Spreader] Negative trait
This character is a carrier of many illnesses even if they themself are not affected by any. Time to time, someone around them might gain a sickness or mutation simply from being close to this character.

Once the H-classes were one of the largest class of notails, taking up 20% of the total population. H-class worked tirelessly to perfect farming, making more efficient and hardy plants, making plants that wouldn't ruin the soil around them, making high crop yields, and automatic farming systems.

And then they did it. Things proceeded to quickly become awkward as for years 20% of the population barely did anything at all.

The H-classes crop perfection lead to a sharp decline in H-classes as notails no longer needed them other than for basic upkeep, after all the H-classes had automated their most needed systems. With basically no job to do in their future, H-class children have nothing expected of them. While they are normally told to go find and grow certain plants as their quests, if they fail it, no one really cares. In the woods H-class kids grow and trade their crops to others for supplies they need making their trip in the woods a walk in the park.

When H-classes become adults still not much is expected of them. H-classes are to do their basic job which sometimes takes only an hour a day to do, and then they just do anything else they want.

Most of the time this means they proceed to break out the "special" plants and partake in them while coming up with new plant ideas. Extremely laid back, H-classes are more likely to invite intruders into their merriment than confront them head-on deciding that no one would be willing to fight if they're high. As H-classes are normally not prepared for an attack, other types of notails may keep a watch on H-class groups, especially F-ederal classes who will jump in to scare off anyone they deem a danger.

H-classes think F-classes ruin the mellow but F-classes know that without them H-classes could easily be raided by outside forces.

When H-classes aren't chilling out or doing their small amount of work they can be seen in groups using their creative minds to devise new ways to improve plants. Ways that no one in the right mind would use, but as H-classes have nothing better to do these plants are created anyway and are displayed at the annual notail class convention. The H-class plant showing has become so popular that the views go up by over 500% when it's their turn, almost everyone tuning in being aliens.

Below are examples of H-class plants shown off at these events. Yes, all of those names are the actual names of the plants.

A better tomato: A tomato that was 50% bigger than a normal tomato.

Rave flower: A 12-foot flower whose petals would change color depending on the music playing, sometimes rapidly. Killed an uninformed onlooker.

A much better tomato: A notail sized tomato that when cut open revealed that it was filled with many normal sized tomatoes.

Bag of chips but they're really fruits: A plant that grew what looked like a brand of chips we cannot list for legal reasons. It should be noted that it grew the whole bag, and when the bag was opened there were seeds shaped like the chips. Disappointingly tasted like an apple but the bag itself was at least edible as well.

Best tomato yet: A building-sized tomato. When the notail announcer asked why they made this one building-sized, the H-classes shushed the announcer before making a small incision into the tomato. 1000s of smaller tomatoes flooded the area. H-classes were banned from bringing anything tomato related for the next 10 years.

Crate Of Drugs: A crate was brought on stage, the H-classes declared they got really lazy this year before proceeding to open the crate and pour it out on the stage. H-classes then left the event. Convention was canceled early due to related events. Was not a plant was just a literal crate of drugs.

Not a tomato this time we swear: After begging to show that their tomato wasn't really a tomato an H-class cut open the tomato which was filled with bees and honey. When asked why they did this they said, "dunno lol, we thought it would be cool."

A cow: A living breathing cow. Everything about the cow seemed normal and it could be seen eating grass. When asked what this had to do with plants the H-class on stage cut into the cow. The crowd proceeded to scream out of shock while H-classes laughed at the top of their lungs as tomatoes poured out from the bovine. Every H-class was banned from coming to the convention for three years, tomato or not. The cow was declared a plant and then burned.

H-ighlander: This type of H-class was originally made out of an E-xplorer and H-class. These H-classes are let out into the universe where they explore new planets, collecting and documenting the local flora for anything interesting. These H-classes will hang around locals if there are any and blend in with them by starting a farm.

Poison resistance: H-classes are not as affected by poisons as much as other notails. This can lead to small incidents where a plant is ok'ed by an H-class, only for it to turn out to be slightly harmful to others.

• H-classes are naturally more resistant to addictions of any type but the possibility of addiction is still there. Most of the drugs that H-class use are low or nonexistent on the addiction scale anyway, with their addiction resistance being mainly for making sure crops they grow aren't unnecessarily habit-forming, or in some rather horrible cases, are.

• Be warned, even though H-classes are friendly and docile to intruders this can be an act. They're not above overdosing a person they believe could be harmful to them or other notails, or someone who overstays their welcome and eats all the good snacks.

• Don't think the weirdness of H-classes only affects their plant creations. Everything an H-class does tends to be at least slightly affected by their "overactive creativity." 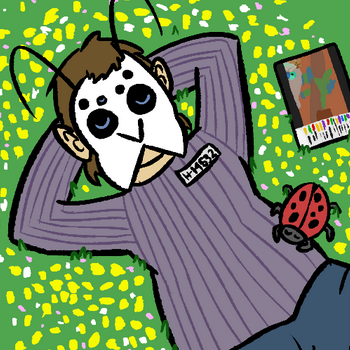