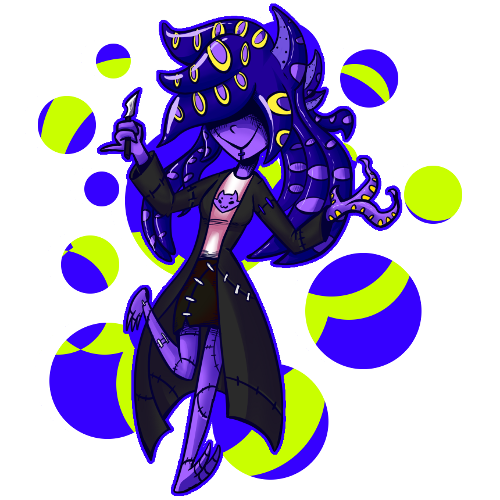 “I was hoping you wouldn't ask that as I'm legally bound to tell you we both don't have licenses.” — Florence Stargale

[Stylish] Neutral trait
This character has an affinity for fashion, and will often have a large wardrobe. They have a tendency to change their clothes often and put together outfits they find appropriate for their situation.
[Pragmatic] Positive trait
This character is very down to earth about things and sees the universe as it is. They're not going to sugar coat it but they're not going to feel bad about it either. This character does not allow their judgement about situations be clouded by emotions. If they had the choice to save a single loved one and 100 people they would pick the latter.
[Unnerving] Negative trait
This character commonly puts anyone around them on edge by presence alone. Everyday they are with someone, the sanity of the person goes slightly down.

Quelans change gods fairly quickly, taking up whatever fits their idea of what should be correct.

Quelans are purple-skinned, and androgynous to slightly feminine. They are bipedal, with two arms. A quelan averages about 5 feet tall, but height and build varies greatly and the extremes are moderately common. Quelans have 'hair' made of tentacles that range from one to three feet long, prehensile but not as strong as the normal arms.

Though not as hardy as some races, quelans are resistant to disease due to the fact that their biology is a mix of animal and fungus. Mentally, they tend to be intelligent and eccentric in a wide variety of ways. Fashion tastes vary greatly, and "trends" in the quelan fashion world are nigh-nonexistent. All quelans have some amount of control over their own flesh and the flesh of others around them; this is commonly called fleshwarping. Most quelans have a minimal gift, normally the power of healing small wounds or similar feats. However, some can become terrifyingly powerful. Access to fleshwarping makes quelan society see body modification as common, no more unusual than tattoos for some other races. In addition, quelan genetics varies enough that there's exceptions to most any 'rule' about quelans.

Quelans have a single gender, and all give birth to twins when they become mature at about 18 years old. As thus, most quelans that are active in society are mothers.

The first name of a quelan is a first name as normal. Their last name is the mother's first name. IE: Verti Hern's children are Weli Verti and Goden Verti.

Not well understood by modern historians. Attempts to trace quelans back to their origin point leads to at least 18 different possible points of origin.

Fleshwarping: Quelan have an innate ability to warp their own flesh as well as the flesh of others, this ability can be used in a variety of ways dependent on how well the quelan in question can use their ability. These uses can range from changing their own appearance and slightly changing the appearances of others, to medicinal uses through closing and covering wounds. Due to their innate fleshwarping, when quelans go insane they tend to mutate into abominable creatures.

• On their planet, rules of biology seem to be hit-and-miss. The kingdom system breaks down; giant arthropods, fungal forests, marshes full of 'animals' that act as producers and ambulatory, carnivorous 'plants' thrive on the planet. 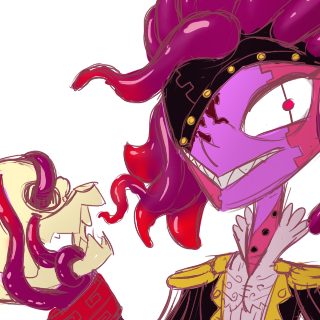 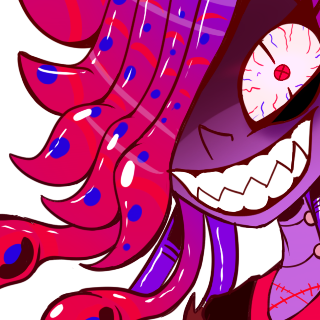 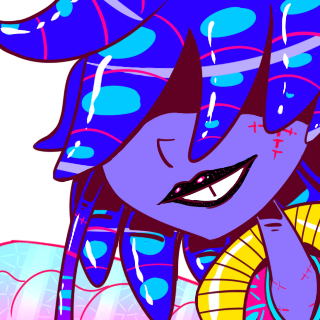 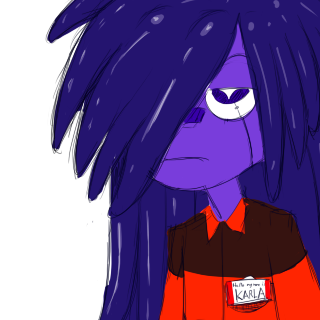