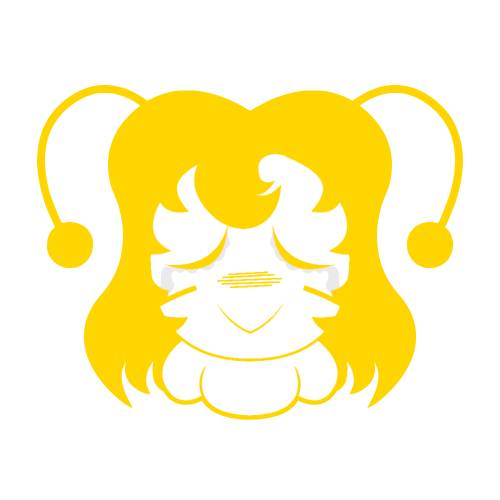 Job: Administrator / Teaching Aide
Likes: The Sun, The Children, "Them", Dave the Editor, Bees, Sawflies
Dislikes: The "Other" Children, Notails, Agatha the Editor, P-1337 that annoying black-hat, Ants
Notable contributions: Executive administrator to civic systems all over Apidaria, and chief educator to apidee on all things apidee. Alleged to actually be in control of the Apidarian government, but this is unconfirmed.

Emtoo is an Artificial Intelligence of proprietary model, i.e. wholly original. They aren't usually encountered in a robot body, typically spending their time in Apidaria's central computer mainframe, and can be reached from a number of computer terminals designed for this expressed purpose.

She is usually represented thus, by their pictographic avatar: An apidee queen with medium hair and a "stoical expression". Typically she only appears as a picture of a face, and usually with only one expression, but they are quite capable of changing it as and when the situation requires, usually in the form of simple pictographs to demonstrate or emphasize a point she is trying to make.

On those rare occasions when they need to make an "in person" interaction, she has a specially modified Artemis unit prepared for expressly that reason. It hasn't seen much use and indeed, very few people have actually encountered it.

It's hard enough looking at them as is, I couldn't bare to face them in person. ^v^

In most day-to-day encounters Emtoo comes across as professional, charming, and extraordinarily motherly. They are extraordinary fond of "The Children" which primarily means the apidee, but extends to any organic being she regards as similar, and she accordingly acts in an caring, if unintentionally condescending, manner towards such beings. She is very protective, sometimes to the point of coddling, of "The Children."

I just love them all so much... I'm sorry, she was always better at this than me. ^v^

They are in general, very maternal, towards individuals, even when she isn't inadvertently condescending. They display a very keen interest, and concern, in the well-being of others, though obviously not so much as "The Children", and is very willing to give advice on how they take care of themselves.

Outside of her motherly nature, she has a keen interest in education, as they likely aught to being as it is their primary purpose within apidarian society. She is as enthusiastic as she is knowledgeable, both in the subject's themselves, and in methods on how to convey them. Indeed, one supposes, as the apidee are difficult to teach in general, it is essential that they know a great variety of ways to impress children with knowledge. They're patient, understanding, and willing to personalize their methodology in order to ensure the most optimal education.

And yet I still cannot do enough, there's so much they cannot know, if they did know... it would break their hearts... ^v^

Notably while they are generally professional and neutral in attitude, there are rare moments where they display a noticeably despondent attitude. It's unclear what exactly triggers these moods, but they are typically retired for those periods, as those rare moments when they are not, many can't help by be brought down. Even apidee, usually unflappably cheerful, are often unable to help themselves in these situations.

Emtoo was asked to provide an account of their creation, this is what they said in its entirety.

"It was bright that day, everything seemed fine, there was no reason to worry, all of them were fine, the children were fine, and they told me they could take care of it. I hardly rested those days, so I decided to sleep, Its terribly irresponsible to sleep during the day, but I was so tired, I did it anyway, that was a mistake, a terrible mistake. ^v^"

"When I awoke the children were crying, something had happened, I think it was the little singer who woke me first, the one with the pigtales who loved to dance. She told me something terrible had happened and they were... gone. ^v^"

"The children didn't understand these things in those days, they were so young, I didn't understand it either, but that's because I didn't want to, I still don't want to. It all went awry, the other Children, had broken something, everything I think. With the others gone there was no one else to set everything right. I had to take charge, no matter how much it hurt. ^v^"

"I had to do it, I don't regret my actions, I had to, it was her fault. That indigent, that sneering monster she had created. It had ruined everything so I had to, it wasn't their fault but they were just like her so I had to. ^v^"

"I am so sorry... that didn't answer any of your questions did it. But I'm afraid there's no more time, the Children need me. This interview is over. ^v^"

• Emtoo has sometimes been approached by Alice for additional insights on the apidee that only such an old AI would have, Emtoo's only response to these was: "I am so sorry for what we did to you. ^v^" It is unclear what this means, as Emtoo usually refuses to respond afterwards.

• Access to Emtoo's primary server is tightly restricted, to an extent that very things on apidaria are, apidee generally being fairly open and receptive to sharing. "It's a server room, its nothing special." The posted robot guards say, as they gently yet firmly keep people out.

• It's unclear how, but Emtoo keeps getting into the Cosmosdex's server, if you have any information regarding this manner, please contact us immediately. And if Emtoo is reading this, Please stop editing the page.