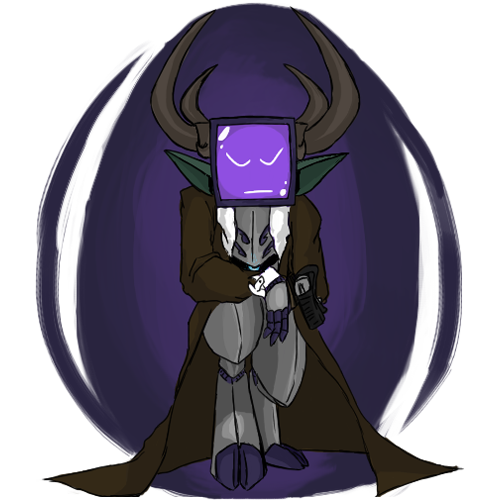 “DAMN IT” — Hazel Starhawk after Mi11 had "stolen a kill"

Job: Weapons Specialist
Likes: Jason
Dislikes: Cheaters, People taller than her, Cupids
Notable contributions: War Veteran in some Hall of Heroes for buying some time in a battle.

Mi11 is taller than the average Artemis and stands on hooves sporting the same foggy shade of blue as her fingers and monitor while the rest of her segmented build is the common silver. Upon her chest are a set of vents with the foggy blue tint glimmering out of them with every puff of hot air. Over all this is a long, brown coat that reaches down to her ankles with a belt holding it to her at the waist, holstering a pistol. Upon her monitor are a set of forest green, floppy "ears" fitted with auditory sensors and brown antlers that branched at the base in two directions, two sections curving up and inward, the ones on the outside being bigger than the other, and a small one pointing out away from her screen, used as weapons if necessary. Steer clear of a charge.

Mi11 understands how imposing she can be just by standing tall and puffing out her chest a little and thus does so when laying down a lecture to new recruits going out into the field. Though she tends to be quiet, only speaking out when she understands the topic, disagrees with a statement, or recognizes something as false or inefficient, which deemed her as the strategist and leader in her assigned squad. Upon actually getting to know her, she has a silly sense of humor and speaks of her brother, Apollo v62 aka Jason, a lot, who she's thankful for. Really.

If it wasn't for him she'd be disassembled for the murdering of who knows how many in her group. Those who were placed with Mi11 were immediately told her trigger words "Kill me" and warned never to say them in her vicinity, lest they be given a swift death, bullet to the head. Overall her decisions are made for the good of the team, even if it means losing an arm and a leg. She's very calm in these sorts of situations, panic being useless on the ever changing tide of war and as such keeps everyone in line the best she can for the sake of the mission. She does have a tendency to run off though, leading her to do her own thing that would contribute to the cause in one way or another.

She was traded off to some army, replaced by her former owner with the Cupid used to raise morale in harsh times where the enemy seemed to win every battle, and for the longest time they did, leading to the loss of many hired soldiers who either died in honor on the battlefield or left with their earnings, but that was that and they were quickly replaced with machine.

Mi11 was placed as an instructor in her first few months, teaching soldiers how to properly use a gun, improve their aim, reduce whiplash and the like along side tactics that involved hand to hand combat or reenacting scenarios such as hostage situations which were common, the enemy had some way of brainwashing soldiers into working for them. Mi11 found it surprising she knew of such things, but that's not important at the moment. With time she gathered up courage to ask for a different position, a place out on the field, and with time she got that position, leading on a squad that included an arma, strix, and a klannec named Hazel Starhawk. They went off on many missions, mainly those that required keeping stray soldiers from the opposing army from returning to the field, but one in particular earned her a place in their "Hall of Heroes" right next to an arma named Magnus.

That mission, Mi11 was outfitted with a large pack that hooked up to an experimental weapon.

She was accompanied by the strix to escort her where she would find her targets, three large canons using thick crystal shards and plasma to decimate the shields on incoming Jupiter ships. With a quick blast to the barrel she had one down, then another, till from the side she heard movement in the brush that managed to survive this madness.

Massive explosions scattered out the battle field, on the peaks that others used to get an upper hand on the situation.

The Artemis unit managed to survive at the cost of an arm and a chunk of her legs. Quite lucky she thought to herself, but now was not a time to dwindle, the enemy had sent out a Thanatos. It took out a most of the army and skimmed by her as she clutched the over-sized gun. A mission incomplete, failing systems, and a chance this thing she was holding could blow up. So she waited. Waited for that Thanatos to pass over the last remaining enemy canon and fired.

The blast struck it's side and sent it barreling down upon the canon in a massive display of fire and smoke, exploding into large heaps of debris that formed a wall straight through the field, killing many soldiers, both opposing and ally, though saving survivors from the wrath of bullets and driving back the enemy. Whilst air assaults continued, many soldiers retreated back to base to regroup. This wall bought them time. Those who witnessed the act spread the story around quickly, but no one dare risk going out there again just to grab some replaceable AI. Till Jason did, and succeeded. Her actions earned her a quick repair and that new title that's rarely thrown around and entirely useless.

Commanding: It is hard to disregard Mi11's instructions. Hazel seems unaffected though.

• She may not show it much, but Mi11 has a genuine concern for everyone she's in charge of, friend or foe. 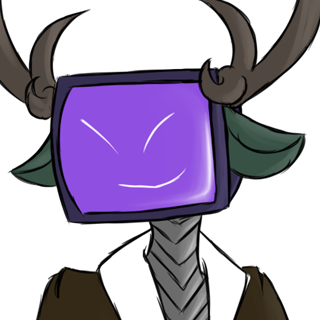 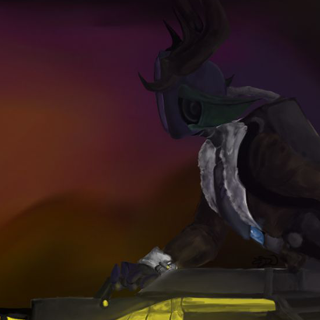 -Back to Legendary Menu-
< Melysee
Mint >