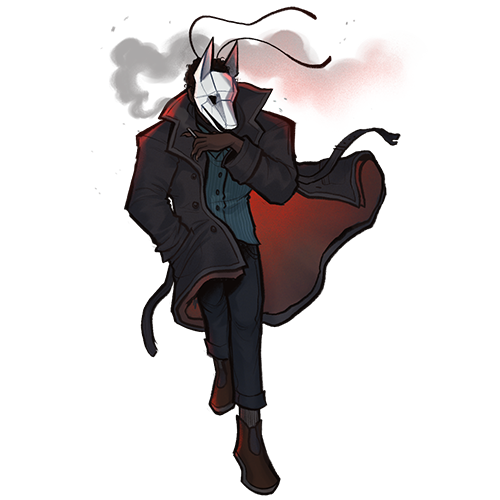 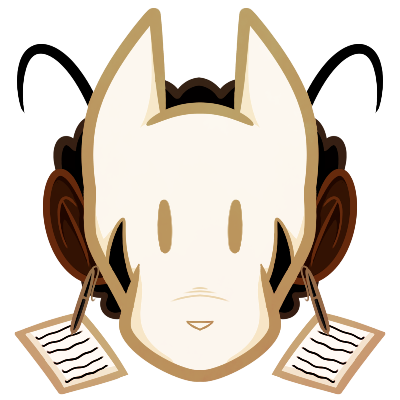 Job: Unemployed, currently works odd jobs, and has been spotted aiding with construction, fauna hunting, and assisting O-classes, primarily O-6
Likes: Whatever others tell him to like
Dislikes: Whatever others tell him to dislike
Notable contributions: Classless-7 once was O-7, leader of the B-reeder, and I-nvestigator classes until he was killed and overthrown by the current O-3. He is the best and only friend of O-6 and serves as his eyes and ears.

Classless-7 is a notail of many suits. While he is quite baffled at fashion beyond notail norms, he still comes to the job in his most polished outfit. O-6, his best and only friend, seems to insist that Classless-7 should be like him, dress like him, and act like him. As a result, Classless-7 has been trained to follow many of the things O-6 does, such as spending time each day preparing his outfit. On days O-6 isn't around Classless-7, tends to wear casual clothes as many notails do. To Classless-7, spending time on his attire seems silly, he even appears to dislike suits, but the word of O-6 is never to be denied. He is his hound, and listens to his every order. His mask is a reflection of this.

Angular as if made of polygons, his white mask is of a guard dog, ears pointed to await orders. Parts are painted black to form a delightfully surprised face of ":V". He is infamous for forgetting what expression he's supposed to sign off on and flips between ":V, :U, =U, and =V." Fellow notails are compelled to correct him, but he snaps at those who are not higher ranked than him.

Classless-7 is rather dark in complexion with black hair. His antennas point backward when there is a higher rank, but it aims forward in all other situations to inform all that he is taking the leadership role. Unlike most notails, he will start to show signs of aging over time, as is common of those born so long ago. As he is over 5000 years old, his genes are considered "faulty."

Monotoned and darkly sarcastic about everyone and everything, even subjects he loves, his words are prose-like in their formation, with embroidered words powdered over his sentences. Attempting to discern if he is being bitter or relaxed is a feat when he speaks in the same uninterested tone that betrays his words at all times. Even those who are closest to him must request clarification.

Around those who are of higher rank, he is friendly and submissive. He is quick to praise, and all disagreements, even ones he feels strongly about, are followed up with a note on him being possibly uneducated on the issue and a request for correction if his statement was out of order. He hates to speak over those he feels are "higher than him," even when he is more knowledgeable on the matter.

Those who don't know better look upon him and relate him to a "sweet pooch." This is a mistake in the making. While a suck-up to the high ranks, this tamed mutt becomes the "hound of O-6" when dealing with those lower than him. His flat tone breaks into biting statements when others try to speak over him. He makes sure those around remember, he is trained by the most unpleasant notail around, and he has no issue using what he's learned. He is intimidating to those who don't know his true nature and possibly even more threatening to those who do.

When left to his own devices, he aimlessly seeks tasks to do. He seems unable to wrap his head around the concept of free time, even after getting fired from his position as an O-class. Ideas such as sports and digital games baffle him, as if he hasn't caught up with modern technology. His memory is selective at best, as it's possible to inform him of a small fact, only for him to forget it hours later. Anything deemed "not useful" is quickly dumped out of his mind, causing him to be surprised by the same fact repeatedly. If informed that he has been told certain info before, he appears to retain it, embarrassed that he forgot it earlier.

The idea of losing memory troubles Classless-7 deeply. He constantly feels as if he's forgetting his purpose in life, the thing that made him want to be like, and follow O-6 in the first place.

A bond between an I-nvestigator and W-aiter class created the "natural born" notail known as Classless-7. In the modern age, natural borns are seen as unfavorable events, but at the time, the practice was common and not seen as unnecessary. Still, being born classless meant that no purpose in life was defined for him, and even to this day, his true place is obscured by his birth.

Even without being looked down upon, Classless-7 remarks remembering having a hard time relating to his fellow notails. They did not have parents, they knew what job they wished to pursue and had their whole lives lined up. He found himself lonely within a crowd until he met O-6.

While Classless-7 couldn't speak much about O-6's early life without the approval of O-6, he was able to state that O-6 was a lost soul just like him. Listening to his goals and ideas gave him a spark, a purpose in life to be proud of.

O-6 was his hero. A shining beacon on a dark world.

With motivation in hand, Classless-7 trained to become an I-class. A person who could improve the world by discovering the truth. He had a knack for telling when people were lying, and his kind personality, a rarity for I-classes at the time, made it easy to get people to talk. This way of acting would become the new standard, even affecting I-classes created to this day.

When O-6 gained his O-rder class status, Classless-7 dreamed of joining him, but no openings were within the O-classes. Then something happened. Something which he says O-6 disallows him to speak of, other than that "it shook up the species" after their reach into space. A few O-class had willing quit, ashamed about the whole thing. Classless-7 already had a foot in the door and took the job.

Those days, he said, were dark. Society was tested, and that he doesn't know if he made the right choices.

As an O-class, he was a lackey to the rest. This gained him much favor, and any attempts at his life were blocked by the others to protect him. Not because it was the right thing to do, but because when they needed someone to hold their bags or file their reports, he was always there to take the burden.

This setup worked well until O-6 became increasingly hostile with his votes, which Classless-7 always agreed with, even when he hated his plans. This power of a double vote became a point of contention with the others in the meetings. They all knew killing O-6 would be near impossible to arrange, but Classless-7 would be easy pickings.

A notail who would become the current O-3 committed the deed, and while it's unknown all parties who signed off on the murder, it is believed that at least three members were involved.

O-6 has called his friend a failure for dying but always foots the bill to bring him back via a clone and memory transfer. Every time Classless-7 is revived, he feels more and more of a burden, even as O-6 informs him that nothing has changed. Once more, his meaning in life seems unclear, and he finds himself wandering away from O-6 in the middle of the night and locating odd jobs to do.

O-6 is unworried by Classless-7's wanderings, but those around him worry that he'll wander off one day and never come back.

Classless-7 remarks that he only exists for O-6, and if he were ever to be killed, he would pack up and head into the vastness of the universe on a one-way ticket. That there's no need to worry about him disappearing until then.

Rarely decaying mood: Classless-7 is constantly faced with constant drama and strife due to his proximity to O-6. His mood is unaffected by this, regularly watching horrific events unfold before his eyes with a sense of detachment. He states that even if he hadn't already seen all the horrors the universe has to offer, that he has always been unaffected by intense emotions due to his W-class side.

Kicked dog: People remark feeling a sense of pity when they view and hear Classless-7's tale, even those who oppose his actions. He refuses to accept help, even while critically wounded. He avoids gaining new friends, stating that O-6 is the only one he needs, and that pity from others isn't appreciated. Despite this, he makes friends privately, breaking these off when O-6 learns of the "friendly affair."

• Classless-7 is a strict atheist, to the point he'll even disagree with O-6 about the subject. Often remarks that giant space alligators are idiotic, and everyone who talks about it looks like a bumbling moron, especially as more anomalies are found out to be normal things.

• He and his place of living smells of smoke due to his habits. He drinks to a lesser degree but is more careful to hide the evidence. When drunk, he is a mopey and depressed person, endlessly speaking of failures and regrets.

• "The reason why I stay with his most generous Grace is because I remember how kind he was......I just want my old friend back. :V" - After a talk with O-6 he retracted this statement. 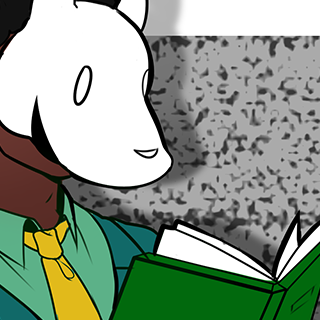 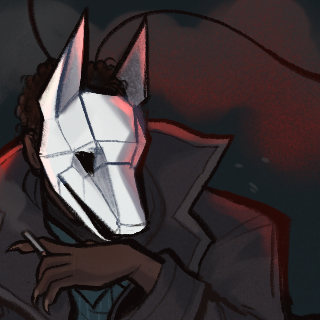