“Do you think the chicken tube suffers like other animals, or is it a lifeless cog in a machine, with everything that made it alive stripped away from it? Can it fathom the situation it is in? We know it can feel when it "malfunctions," but does it know what that is?” — Animal Rights activist commenting on one of the many biomachine faunas

The tubuchick is a bio-machine that can barely be called a living creature. It is instead an amalgamation of flesh covered in feathers and impaled by a plastic tube. This animal vaguely resembles a fowl. It has large eyes it cannot see with, that dilate depending on health. Its comb and wattle pale over time as an indication of its age, allowing those around it to know when it must be removed and tossed into a grinder for meat. Its beak moves only once in its life when the tube is inserted into it.

Once it latches on, it doesn't let go until its death.

To call it living is hard to say. To call what it does a "behavior" is like calling the way windchimes move in a light breeze a "performance." The tubuchick was created to refine the way factory farms work. They do nothing but eat and lay eggs. They have no personality, and other than the dilation of its eyes to show health, it is barely considered alive.

Attempting to get a reaction out of this bio-machine using light, sound, colors, and anything else one could think of causes nothing. Even freedom from their impalement causes no changes in its behavior.

It eats, and it lays eggs. No more, no less.

Meat breed: Even less active than the tubuchick, this subspecies lacks a wattle or comb. It is near featherless, and its eyes were bred out as they would live for so little time that there is no need to check on their health. While a tubuchick is a mockery of an avian, the meat breed is little more than a sack of meat with a head. After a week of eating, they reach their final size, before dying. They fall into one of the many chutes below so that their corpse can be prepared and consumed. Some members of this subspecies do not have a built in death and if not harvested create long "meat tubes."

Mass production: The tubuchick converts food into eggs at an alarming rate of one egg per 30 minutes instead of a natural one egg per day.

• Within animal rights groups, there are arguments over if the tubuchick should be considered an animal, and if so, is it worth protecting. Assemblies are also split on the manner of if tubuchicks are more or less cruel than overcrowded factory farms as the fauna has no realization of its existence, unlike other avians. 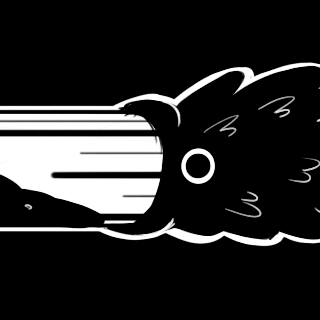