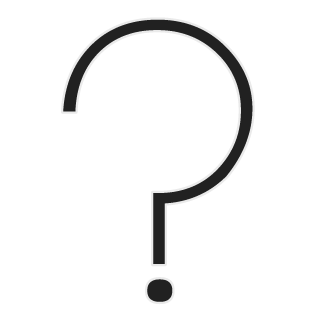 Attack Method: They do not attack, but rather put things to sleep.

Shleep look similar to sheep at first glance, but they have multiple differences from actual sheep. Shleep are very very fluffy, to the point where they seem to be just fluff. Their wool is extremely airy, and it is almost possible to go right through it as if it were nothing. Their wool is a greenish white, with small flecks of bright green. They have thin tails that are almost like a rat's tail. The tip of their tail is covered in wool that is extremely similar to the wool on its body. Their eyes are almost always some shade of green, though they are rarely seen as their eyes are almost always closed. The females have large branch-like horns, while the males are lacking in these. The males, however, are often way fluffier and slightly larger than the females. They have cat like paws instead of hooves.

Rasts: Rasts are more aggressive versions of shleep. They tend to mostly be female. They have longer horns, and instead of paws they have sharp claws. Their fluff is thicker and often dirtier than shleep's fluff. Rasts do still put people to sleep, but instead of leaving them they tend to kill them. Their fluff is a dark green. It is generally not advised to try and approach a Rast unless the person in question happens to have an abundance of plants and fruit on them.

A Flock of Shleep: A flock of shleep is when many shleep group up and stick together. This tends to form a large mass of fluff, with some shleep unable to touch the ground. Wherever a flock of shleep goes, a trail of sleeping bodies tends to follow. Flocks often consist of male shleep, a flock made up of female shleep is often very rare. It is not advised to go near a flock, as most people will just be put to sleep almost instantly the moment they get near. Occasionally a flock will divide, though it is almost always accidental.

Go to Shleep: Anyone coming near a shleep will immediately start to feel drowsy. After a while they will be put to sleep. This trait mainly applies to males, though females can sometimes have the same effect, but significantly weaker. Anyone put to sleep by a shleep will stay asleep until the shleep leaves or something is done otherwise to wake them up. This trait does not effect some species, such as the kuppa. It seems that shleep themselves are affected by this trait.

• The longest a shleep has been asleep for is one year and three months.

• Shleep's wool is known for creating extremely soft and comfortable clothing. The most common thing made out of their wool is blankets, which are notorious for trapping heat in, and some even say creating its own heat.

• Some shleep are born without the ability to create the sleeping gas, these shleep are very rare in the wild, but are fairly common as pets.