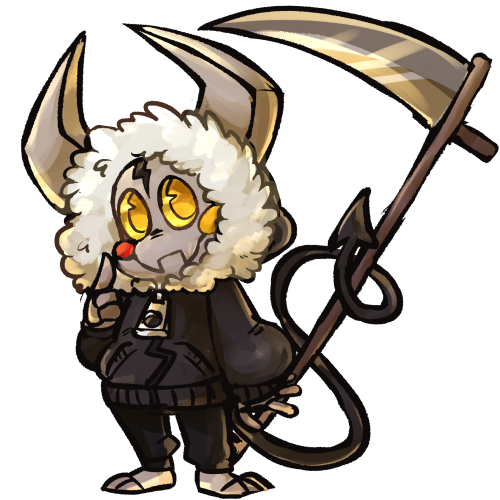 “I'll make this super duper simple! Sometimes, people die. Tada! That was the big secret, but don't you worry, because guess what? Gasp! Everyone dies!” — Mors

The common Mors ship is called the "Collector" or "Cutter", this is because Mors ships have an uncanny ability to end up near ships that are in distress or have been destroyed, they can also rip holes in space to travel in.

Mors gives +5 endurance to all of their consorts.

Mors units are quite strange. Most look like small child-like robots, but others look absolutely nothing like the others; instead, they appear more like terrifying creatures. A common trait among Mors units is having horns on their heads and having some sort of tail that commonly ends in a point or stinger.

There is absolutely no info on any line of "Mors" ever being created.

Mors units are mostly kid-like; their default personality is that of a child and thus most people end up gaining an attachment to them. Depending on the species of the person talking to the Mors, the Mors will change their actions to fit the child of that person's species. Some Mors are "stuck" to just one type of child, however. What is terrifying though, is that the Mors who look nothing like children and instead look like monsters act the exact same way despite their appearance.

Mors units are described as being very sweet. They will use a very formal, yet child-like, speech pattern with anyone they talk to. Many Mors units rarely wish harm on others, but will note that "everything must come to an end sometime."

Mors units are highly non-combative, both the ones that look like kids and the ones that resemble monsters. Mors units will instead find any way to avoid a fight, including joining the other side if the attackers will absolutely not give up. Mors units are easily frightened and are quick to hide behind others if even the smallest thing scares them.

Mors units do have another side to them where they are extremely smart and business savvy. If given enough time and the resources, a Mors will slowly build an empire of wealth. It is unknown why Mors units do this as Mors units appear to rarely spend their money in the first place.

Rarely, a Mors unit will snap and suddenly speak in an aggressive tone; this state will only last minutes, if not seconds. What sets off this "snapping" varies from Mors to Mors.

Somnus: Mors is Somnus' younger brother, or at the very least Somnus and Mors pretend to be. Mors loves being around Somnus even if Somnus will at times pretend to not care. Mors always treats Somnus as if he's in home mode until Somnus asks them not to. Somnus is Mors' assistant and does any work they might need, including fetching papers, organizing, finding the ball, stopping flying discs from hitting the ground, burning the dead, digging up bones, and more.

Hermes: Hermes is one of Mors' friends, and their assistant. Hermes commonly gathers files for Mors to sort, as well as keeping an eye on things and spying around. When not working Mors tends to listen to all of Hermes' new ships, even though Mors has no idea why Hermes seems to care so much.

Cronus: Cronus is a friend of Mors, Mors thinks he's pretty great and Cronus attempts to stay on his best behavior when around Mors. Mors tends to call Cronus "Mr. Unicronus" which Cronus has gladly taken on as a nickname.

Thanatos: Mors is lukewarm about Thanatos. On one hand Thanatos begrudgingly listens to Mors orders whenever murder is needed, on the other hand Thanatos constantly mouth offs Mors whenever he has the chance. The two can never come to an understanding.

Hypnos: Mors finds Hypnos' constant sleeping a little insulting. Mors takes it as being lazy more than anything and the only reason Mors doesn't bother Hypnos is because Mors doesn't want to deal with Thanatos getting angry.

Zeus: Mors thinks Zeus is a huge meany face who always gets in the way.

Helios: Mors commonly enrolls in the help of Helios whenever Mors needs work done and one of the other gods are out. Substitute gods are easy to come by in the underworld as there's always someone slacking off.

Nike: Nike dies, a lot. Because Nike can summon money it's not worth trying to take a fee off her when she dies. Not only that but she wants to tell Mors, and anyone else who's unfortunate to be within eye shot of her, how she died an honorable death in battle. As such Mors attempts to toss Nike out of the underworld as soon as possible.

Mors is a god of death, but surprisingly Mors doesn't seem to have powers over the general psychopomp powers of being able to see when people are estimated to die, moving back and forth between the living and underworld, and sensing when large scale death events are about to happen. Mors saves the game by filing papers, but strangely it is possible for anyone to do this with enough training. Mors tends to be the only one who knows how to do it correctly though and seems to be unwilling to teach others.

Mors is able to transform into anything for reasons not fully understood.

Mors as a patron provides little but does allow you to reroll 1 planet roll per 3 planets lengths you pick. Mors will also gives one character an extra life per game, but they will come back as a stable clockwork or slightly unstable abomination. Other then that Mors provides nothing else and tends to leave the player alone.

Extremely rare to spot, a Mors godhead will be forever young, able to cross in to the underworld at will, and are able to shapeshift. They have no other powers past this.

Mors ships cannot pick what planet they go to or how many planets are in a run but they can back track. This is because Mors ships can rip holes in space and travel into them whenever they want.

• Mors units do normally not open their mouths when they talk, instead they just tilt their heads as they talk and use their eyes to show expressions. A Mors opening their mouth is extremely rare. No one is quite sure why they avoid it.

• Unlike most gods, Mors does not die at the end of the universe, but instead rips a hole in to the next universe and moves in to it. Mors can do this many, many, times, until universes stop being made or Mors gets tired of the universe not dying. 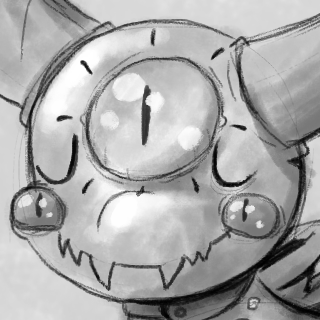 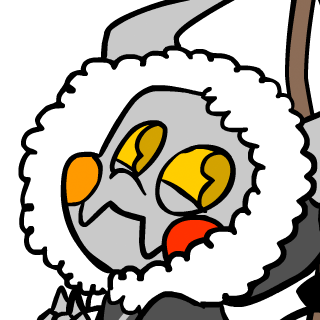 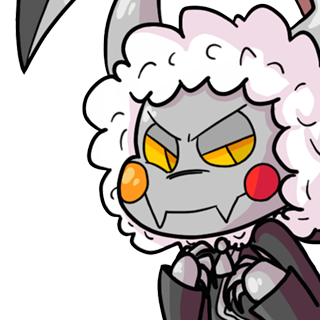 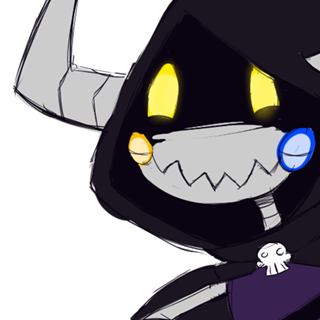 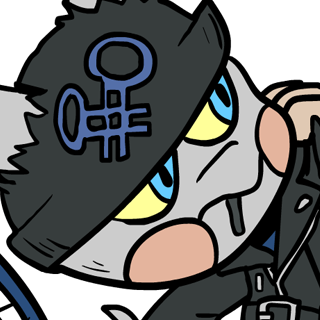 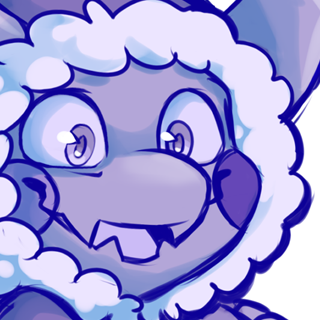