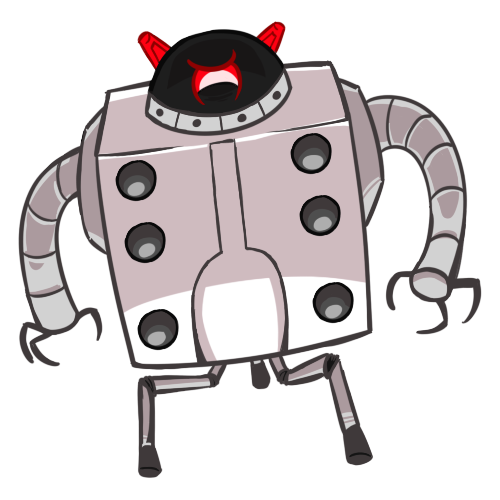 “Lol Liek wut up w/ @caesar? Hez a fukin cube just liek al da rest.” — An unfortunate tweep who did not notice the zektron behind them

Attack Method: Shoot at anything with their death laser. Or electro-spear. Or just crush them. Or whatever new method of destruction they come up with each week. 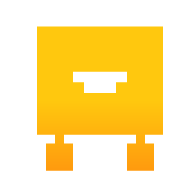 The only god for the Zektrons is their Caesar.

The zektrons are purely machines that have a cube body with tripod like legs. They stand at around about 6 foot high for soldier and 5 foot high for Builders. Soldiers have a dome head on top of the cube with one red eye, while the builders have no dome head and have a green face in the middle of the cube and antenna.

Depending on their rank they come in different colours. Soldiers and builders are white, commanders are red, and generals are bronze, silver and gold depending on how much they have helped the empire.

The zektrons are a cruel species that hates all other civilizations. Be it organic or synthetic, it matters not to them. For they despise all beings that are different to them, thinking that they are savages. Though they might hate all races, that doesn't mean they won't manipulate them. Only fools make deals with zektrons. Zektrons only seek one thing, total conquest.

Zektrons fear the unknown, they use that fear to fuel their hatred for it. Zektrons are packed with a whole range of deadly weaponry, stored neatly within their bodies. Their main weapons of choice are their death laser and the electro-spear. Though this doesn't mean they don't develop new ways to kill and improve upon themselves. Their tripod legs allows them to traverse most terrain.

They have mighty armies, with their many formations and tactics. Their most famous formation is the Tortoise Manoeuvre. In this formation, zektrons stand tightly close together in a square/rectangle shape. The first line of zektrons act like a barrier, stopping opponents from reaching the inner centre, where the commander is. The zektrons on the sides and back of the square/rectangle walk sideways or backwards. This is so that if they are flanked by the enemy, they are prepared for combat. When combat begins the zektrons at the front will take out their electro-spears. It is rare to see them use long ranged weapons in this formation.

The zektron army may be a well oiled killing machine but the empire would be no where, without their builders. Unlike their military counterparts, these zektrons are more docile and have a happy disposition. They are probably programmed like this, so they can easily be controlled. A life of a builder is not a pleasant one. Builders are forced to work, making weapons of war and battle ships. They are also used to build cities on captured planets. They are expected to do all this without complaint or question. Builders that do not comply are immediately drafted into the army where they are converted into soldiers. It is common for builders to be forcefully drafted in times of war.

They also see Caesar as a god. They often call him the Holy Emperor and would gladly lay down their lives for fighting in this honor.

The zektrons were first known about when they invaded and wiped out a small notail colony, at the edge of the notail border. This act sparked a war between the notails and the zektrons dragging other races into the conflict known as the great zektron war. It was a bloody war. Both sides had great casualties, but eventually the notails and other races finally managed to push the zektrons back across the border. Notails took full credit for the victory, though it was thought that without the other races the zektrons would not have been pushed back. Since their defeat, the zektrons have been staying within their borders but rumours say they are just waiting for the right moment to strike.

Stacking: They can clip together to construct massive formations like stacking blocks.

• There are no known jokes about the Zektron. Somehow, anyone who has ever come up with one fails to live long afterwards. 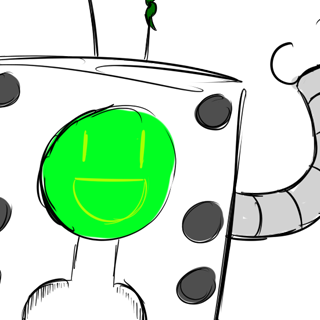 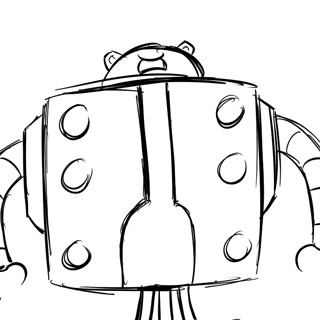 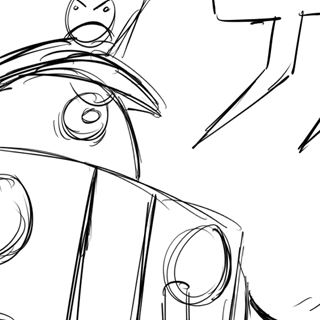 -Back to Species Menu-
< Zanni
Zuid'Tian >