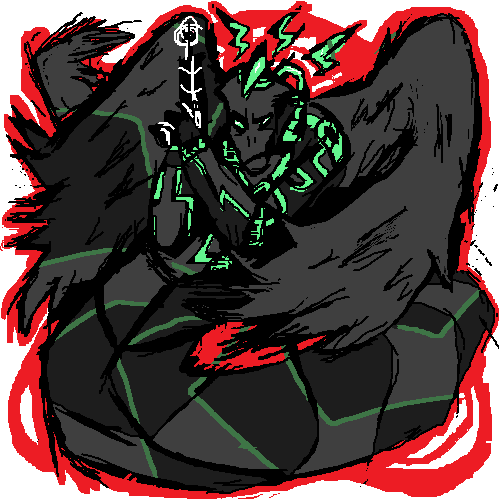 “When life robs you, sometimes you have to rob it back.” — Spiraji proverb

Common Jobs: Thieves, Mobsters, Gangsters
Likes: Luxuries, The Finer Things in Life, The thrill of a steal, Cash, Being sneaky
Dislikes: Being poor, Being stolen from

[Nocturnal] Neutral trait
This character can be found asleep during the middle of the day, when the rest of the crew is active and doing things, and awake at night, helping to keep watch over the rest of the crew. Like with most sleep cycles, the character can be forced to a schedule that isn't this, but will be more irritable and grumpy until normal sleep is resumed.
[Motivated] Positive trait
This character doesn't lose morale as fast and commonly is passionate about what is being done. They will find a way to figure things out in even the toughest of situations. They cannot hit lower than 0 morale.
[Kleptomaniac] Negative trait
This character compulsively steals items, even if the character does not have a want or use for the items stolen. This character may hide stolen items for them to turn up later, or simply hoard them all in one big secret location.

Most Spiraji follow the sleeper but have been known the lie about the god they follow to get better deals.

Spiraji are ethereal, humanoid creatures who have extremely defined cheek-bones and a thin, practically non-existent nose. A medium-sized vat of electricity lies at the top of their crescent-like heads and natural, extremely resilient cords run along their limbs and torso. These cords lead to various other vats on their body found in all their joints from the hip up, underneath their head crescent, around the base of their neck, and on the side of their torso. The top-head vat is connected to the crescent vat which is then connected to the one located at their neck base through a cord hanging unattached from the neck. The pattern of the cords along the back and chest are unique to each Spiraji though they are always symmetrical no matter what.

If a Spiraji is born with an unsymmetrical pattern, the uneven distribution of electricity throughout their body will quickly kill them once their first puberty happens. On their chest where the heart should be is an embedded "power cell" whose shape is determined by the object kept in the Spiraji's chest when they were young. Their eyes and head vat give off a faint glow while their cords, power cell, and other vats stay dull and unlit. Instead of legs, a spiraji's body ends in a snake-like tail with the tip slightly frayed. Colors alternate between snow white and night black, though mutants are known to exist with other colors.

Pre-pubescent spiraji tend to have round face with no vats nor visible cords other than the one connecting the area beneath their crescent to the base of their neck. Spirajis go through multiple "puberties" from 10 years old to 20 years old. Each puberty introduces a new vat and the cords connecting them to those already existing on the spiraji. Vat formation starts from the head and will go downwards from there with the last ones being the vats that will be located on the torso sides. While a new vat is being formed, the already existing ones and their connecting cords will faintly glow. Otherwise all of their vats beside their head one will stay unlit.

After the vat formations, the heart-area on a spiraji's chest will become pliable and the young spiraji will be able to embed an object there which would mold their power cell to the shape of that object. Before the rampant thievery, Spiraji would carve out a block representing their family crest and mold their power cells from that. Nowadays, most of them would embed whatever object looks the coolest to them at the time which usually makes the spiraji's version of an embarrassing chest tattoo.

Unlike males, females tend to be taller, have a longer tail, and be born with a pair of angelic wings that faintly shine with the same electric glow as their eyes. While these wings aren't able to lift them off the ground, they are useful in shielding the young from minor threats such as pebble bombardments, heavy pollution, and/or the taunts of their peers depending on how unpopular the young are. The color of a female's cords, vats, and eyes are usually cool colors while a male's are usually hot colors. These odds are flipped with mutation skin colors with the male's skin usually being cool and the female's usually being hot. There is also an uneven ratio of females to males with males dominating the females in numbers by 3 males to 2 females. However, most females are more adventurous than their counterparts, so the chances of meeting either of them are split about 50-50 when off of their home worlds.

In order for a spiraji to turn invisible, they have to power up their electrical storage first. While doing this, their cords and vats will light up dramatically with tiny sparks jutting around their bodies. A spiraji can voluntarily turn this effect off by "shuttering" their electrical system and most choose to do so to avoid further detection.

The spiraji are a very sneaky, cunning race. Due to their helpful ability of temporary transparency, they often become lowlifes, taking unethical jobs for as much cash as they can get. Despite their rather sinister professions, the spiraji tend to be a rather likeable species once you get to know them, willing to hook you up on discounted products if they're selling or give advice on what tools are better for certain situations. Otherwise, spiraji aren't the one to talk much and some ill-informed individuals may mistake them for simple henchmen when in reality they are usually the brains of the crew.

As a society, spiraji favor individual survival rather than communal survival and are thus very self-centered, doing what they can to get ahead in life for their own goals. Spiraji are quiet and rather indifferent to most things, but that doesn't take away from their hard work ethic. To quote from the infamous heister, Kalbina Oland Mortismo "Us spiraji, we may be thinkers, but we have the spirit of the working class. We will get the job done even if it kills us. Well, maybe if it kills us. We're not that suicidal." Most, coming from rather poor lifestyles, prefer the finer things in life which explains the robberies and heisting they frequently partake in. They are prone to violence, though only when provoked. However, if one were to hear about a huge rumble going down due to a misshaped robbery, chances are a spiraji is somehow involved.

Spiraji that follow the previous traditions before the Transparentgate are few in number, but some traditions are still known and practiced by every spiraji. For example, many spiraji have two first names which are interchangeable or can be combined into one name such as Mary-Ann or Singla-Noxeblem. This tradition is believed to have originated from an ancient spiraji tribe called the Juvlen that lived on the only peninsula on their planet. Unfortunately, why this tradition was created has been lost to the ages.

A less practiced tradition of the spiraji is the practice of family names and family finding. Unlike other species, spiraji aren't tied by blood bonds, but rather by the signature of their electrical pulses. Before the Transparentgate, young spiraji fresh into adulthood would abstain themselves from electronics and leave their blood family to find their true one. Their power cells are a tracker which guides them towards spiraji of an identical signature. However, nowadays, it could take up to a decade to find their family due to the current spread of spiraji across the universe even with the help of their cells. Once they find their true family, the members will create a family name together, or inherit the name if it's already been created, which will then be situated between the spirajis' two first names. At this point, a spiraji would prefer to be called by their initials unless there's another person that goes by the same ones. In that case, the spiraji will be called by their first name(s).

While this tradition is practiced much less due to the drastic change in spiraji society, the more moral spiraji still hold on to these values in a hope that, with hard work and determination, they will be able to stitch their previous way of life back together. However, spiraji have always been a mischievous and thrill-seeking race. Now that their lives are filled with the exciting dangers of crimes and heists, it's unlikely that things will return to the time before the Transparentgate.

Previously on the spiraji's city-specked home planet, Manakan, the species was blissfully unaware of their ability to become transparent for a short period of time until a political scandal (now popularly known as Transparentgate) happened where one of the members of the spiraji Council discovered his hidden invisibility powers, and exploited the power to steal millions of dollars from the government. The uproar surrounding the act was huge, and it is now widely considered the most pivotal point in spiraji history. People soon realized what they could do with their newly discovered powers, and robberies began to frequent citizens' daily lives. Fast-forward a couple decades, and crime is now the most popular activity on the planet.

Temporary Transparency: They are able to become invisible for a short amount of time.

• The Spiraji's culture largely revolves around stealing and crime in general, meaning that anyone could be robbed at any time. When the Spiraji are robbed, they view it as an inconvenience instead of something to freak out about.

• The Spiraji also need to defend themselves from thieves, so many of them are proficient in some sort of martial art/self-defense technique.

• Since a lot of Spiraji go on large heists they are great at planning, forward thinking and improvisation. 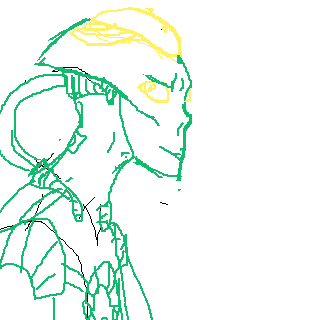