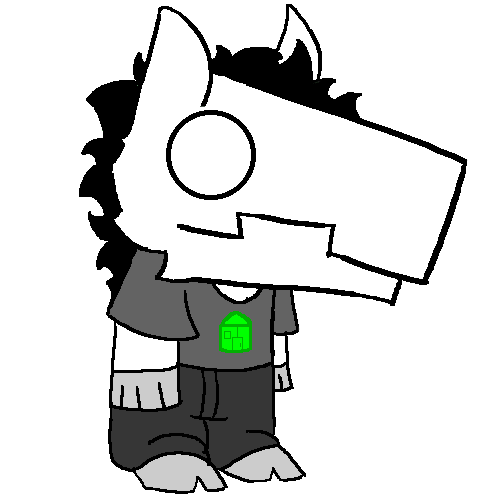 “Sorry about the fact that both of us were investigating your ship. We didn't know what it was, and the shape of your ship interested us with its... formal and simplistic box-like shape.” — Shetlock Hostler

Common Jobs: Artist (both art and music), Actor, Author
Likes: The Arts, Boxes, Being creative, Being around other Husses, Food
Dislikes: The unknown, Loud noises, Being alone

Attack Method: As a herd. They assess the risk, and if they don't think they can take the enemy down, they flee. However, if they think they have a shot, then all of them attack.

[Cautious] Neutral trait
This character will be more nervous of suspicious situations, and less willing to take risks. They may put extra effort into making sure everything is safe before feeling comfortable. While this normally makes things safer for them, it can also be a huge time waster.
[Inventive] Positive trait
This character is able to easily come up with new ideas and may be able to lessen the cost for current items. In a tough situation this character is likely able to use simple items to create make-shift weapons or items.
[Easily Startled] Negative trait
This character is easily scared by various things such as loud noises, bright lights, or even their own thoughts about what might be up ahead. Not only does this character lose morale and sanity faster then most, they'll likely freeze up when a startling event happens.

While most husses believe in the Huss, their god, many are linking the Neo and the Huss together as being the same god due to their similar actons.

The husses have a very equine appearance, but they have partially flat and box-like heads. They are covered in a thin layer of fur ranging from white to black to brown, with white being the most common. Husses have manes on their necks; males are more likely to have longer manes while females tend to have shorter ones. They have hooves for feet and their hands are hard, having developed from hooves.

The husses are very creative and will solve issues in the most creative way they can think of to a fault. They are known for talking in puns as they believe it is the greatest of comedy and humor is held highly to husses. An easy way to impress a husse is to tell them a great joke.

The husses are known for being very clumsy due to their hands and hooved feet. It's common for a husse to trip and fall over objects or drop delicate items such as glass.

The planet the husses originated from is ruled by the Andrew dynasty. Husses came into contact with the rest of the universe during the reign of Andrew the Fourth, which was extremely recent.

• Husses have an affinity for everything The Arts-related. As a result, most Husses are singers, artists, sculptors, authors, directors, actors, etc. Arts festivals are the most celebrated events on their home planet.

• As they are relatively new to the Space Age and most of them are particularly skittish, Husses will react largely negatively to new species that they see, and will try to flee.

-Back to Species Menu-
< Human
Hyuran >