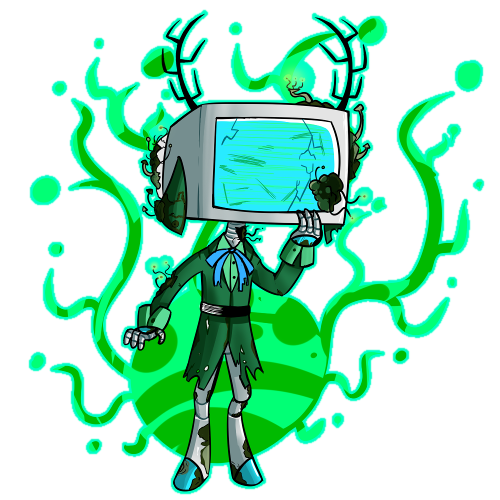 “The chairs are trying to tell us something. I know it.” — A rather strange hyuran controlled Artemis

Attack Method: Hyurans normally do not attack outside of an AI, instead relying more on their microscopic size to not get hurt. Inside of an AI, they will attack similarly to the inhabited AI. 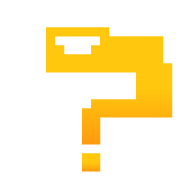 Hyuran do not have any main god many of them honor.

How a hyuran looks can vary. Hyurans are actually colony based fungal micro-organisms, but processes analogous to the thought processes that occur in normal organisms are achieved through specialized thought drones. A hyruan colony inhabits an AI and utilizes its processing capabilities for its own benefit.

An inhabited AI is likely to appear mostly like the original AI, but with some fleshy protrusions all around, and any sort of screen or display will likely show a very different image, usually unique to the individual. In young colonies this may seem like simple electronic distortion, whereas older colonies that are more experienced with the hardware this could be a more sophisticated image.

A hyuran colony's personality is usually a composite of both the original AI's personality and the personality of the colony, which is generally helpful when possible, but self serving. As such, their traits depend on the AI inhabited.

A hyran colony has never been recorded to have been established in a first gen AI.

Hyurans have been considered to comparable to clockworks since they were discovered. The organism that causes the change is completely different, and unlike Clockworks which infect anything, a hyuran colony requires an AI to inhabit. Their behavior is also very different - while clockworks tend to be violent and aggressive, hyuran colonies are generally civilized creatures.

It should be noted that because hyurans will infect AIs most people avoid or shun them just as much as clockworks as no one wishes to destroy their expensive ship just because a hyuran lingered too closely to it.

• When in an AI, stats are similar to the inhabited AI. Generally will take a penalty to charisma, but that will be offset with a gain to endurance or intelligence. The traits will also tend to be the same as the inhabited AI.

• Hyurans were first discovered around the time of the first Clockwork, and some people believe that they originated from the same source. Of those who know the difference between the two, there is debate as to whether the hyurans were failed Clockworks, or if it was the other way around.

• Hyurans are very trustworthy, and usually fail to pick up on everyone's discomfort around them, instead taking whatever anyone says around them and trying to come to conclusions why that doesn't match up with what they perceive.

• Some ships have started to purposefully used hyuran infected AIs on board, citing the increased helpfulness. Usually these ships get stranded in space, because the planets which they head to refuse entry due to the infected AI, and similarly nobody will come to rescue them when they run out of fuel.

-Back to Species Menu-
< Husse
Ignalisk >