Mechs / Get in the robot 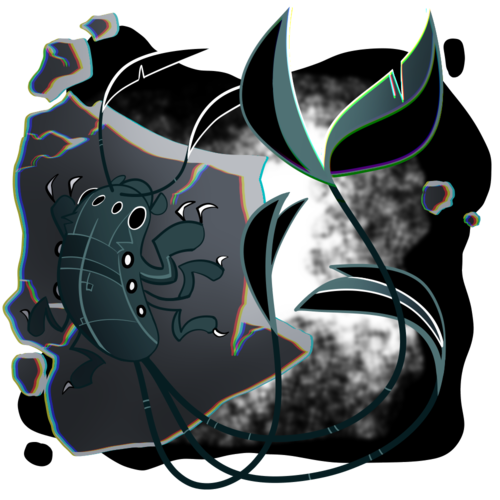 “They're nice enough people, I guess, but there's something about them that just unnerves me.” — Ghon Xoquiel, senior engineer

Attack Method: When alone or in small groups, they will use their small size and agility to flee. When in a large swarm, however, they will swarm over the aggressor and attack vulnerable areas such as eyes and joints until the target flees.

[Crepuscular] Neutral trait
Character is neither fully [Diurnal] or [Nocturnal], but instead is mostly awake during the transitionary periods between the two.
[Artful Dodger] Positive trait
This character is a good dodger, and they will have a better chance of avoiding attacks.
[Coward] Negative trait
This character will always try to back down from a fight, though they will still act in self-defense if they don't have a choice. If forced into dangerous situations, they will suffer morale loss, and will be more inclined than most to abandon their crewmates.

Some of them are aggressively agnostic, to the point where any indication of a god either existing or not existing sends them into a long rant. Some members of this species worship the radical, much to the embarrassment of the rest of the species. Some of them say they met god once before gaining intelligence and were granted a boon of food from an untold land. Others worship me, the writer of this article, and it was cute at first but now I wish they'd stop coming to my house. It's safe to say that the religion of axeex arax is extremely complicated.

Gods: Anything is possible.

The axeex arax are among the tiniest of known intelligent species. Their bodies are a mere six inches long, with their tails adding another seven or eight inches. They are insect-like at first glance; they have six legs and four black eyes, arranged around the top of their head in a semicircle. In addition, they have two long feather- like feelers sprouting from their head, which provide both their hearing and their sense of smell; the many fine filaments pick up vibrations in the air, and are covered in sensitive chemosensors. Despite initial impressions, they are not truly insectoid; instead of a chitinous exoskeleton, they possess snake- like skin and a conventional endoskeleton.

They manipulate objects with their long, prehensile tails, which can vary in number from three to six. Each tail splits near the end into two leaf-shaped flaps which grant them additional dexterity. These tendrils are surprisingly strong, and the axeex ax can lift several times their own body weight with them, although given their small size this still tops out at around a pound. In addition to using them to lift and carry things, these tails are also used in the many semaphore languages of the axeex ax. These tails grow continuously throughout their life, and are periodically shed as they grow unmanageably long. In extremity they can also be shed to distract predators, taking several weeks to regrow. This occasionally happens as a general stress reaction in response to extremely frightening situations, even in situations where such a response is useless like a starship crash.

Axeex arax evolved from small scavengers which were frequently preyed upon by the many predators of their world, and many of their behavior patterns stem from this origin. They are most comfortable in small, enclosed spaces too large for most of their ancestral predators to enter, and conversely are quite uncomfortable in wide, open areas. Additionally, they prefer dim lighting conditions to either bright light or no light. Given the size separation between them and most other sapient species, this often results in de facto segregation; they are uncomfortable in buildings built for other races, and other species are physically incapable of fitting inside a building to the axeex araxs' liking.

For reasons also possibly stemming from their scavenger heritage, they generally prefer to make their structures and technologies out of recycled or repurposed things which would have otherwise been thrown away. They often describe doing so, making assorted detritus useful again, as 'beautiful' or 'satisfying'. Additionally, axeex arax are highly cooperative and social, usually living in closely knit hives of several hundred individuals which work and act as a single unit. A hive will do nearly everything together, to the point where some individuals of other species believe (erroneously) that they form a hive mind. An individual removed from their hive for too long without any opportunity to join a new one will often fall into a moderate depression until they can once more rejoin their hive. A hive working together can accomplish quite impressive physical feats, a major factor in their rise to becoming the dominant life form on their home world.

Cryptic: Axeex arax subspecies are defined by coloration. 'Cryptic' individuals are colored in mottled greens, greys, and browns, which blend easily into the forest floors which were their ancestral homes.

Mimic: "Mimics", meanwhile, are brightly colored in complex patterns that mimic poisonous species on their homeworld in order to deter potential predators.

• When interacting with other, larger, species, they often make use of mecha- suits; giant robots to them, but normally sized compared to most other intelligent species in the galaxy. Such suits are typically piloted by the bravest members of an axeex arax hive, for these suits are also used to defend their colonies when necessary.

• Axeex arax are often prized as starship crew, as their small size allows them to get into all sorts of nooks and crannies to carry out repairs that would be much more difficult for a larger crewmember to handle. In addition, a whole hive working in concert can carry out very complex and demanding tasks with ease.