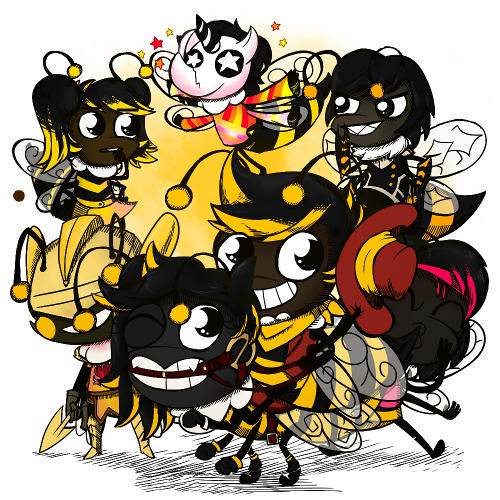 “I'm gonna wrassle me up a horsey, yee-haw!” — An apidee regarding a huss

[Oblivious] Neutral trait
This character is not good at reading emotion and may appear insensitive without meaning to. Many of the people around this character seem to get that they are oblivious to what they are saying or doing and are more willing to forgive.
[Cute] Positive trait
Aww, well aren't you just precious! People are easily endeared to this character with their puppy-like look. Their presence is often additionally capable of increasing morale for the crew, assuming they like sweet things.
[Inattentive] Negative trait
This character has issues keeping their attention on something. They will commonly lose concentration and become unable to get it back.

They nominally worship the 'Three Mother Bees', but they don't take it particularly seriously.

Gods: Three Mother Bees, Any other gods but they aren't very serious about it.

Apidee are small bee people with four arms and two legs, with either dark gray or dark brown skin. They have a round head with a pair of bee-like antenna and black or yellow hair, sometimes black and yellow. They have two largish black eyes and wide gleeful mouth. They have a fuzzy white 'collar' of fur.

Most of their body is covered in a thin black carapace that is decorated with yellow stripes, the design and number varying from individual to individual. The have a bulbous bee-abdomen that's similarly striped in black and yellow and ends with a stinger, and have a set of bee-wings on their back.

Apidees look very similar to each other, this is because they are clones, and the majority of differences between themselves are deliberately induced "because it would be more fun".

Apidees are chipper and saccharine, sometimes to an excessive degree. In fact, no one has ever seen an apidee that was sincerely sad, and even when they're angry they still maintain a bubbly disposition. This behavior has earned them a reputation as being insensitive and annoying, particularly since they don't typically pay much mind to other people's feelings. This is likely due to the fact that apidees are attuned to feelings of other apidee on an instinctive level, and thus have difficulty empathizing with non-apidee.

They're also rather unfocused and impulsive, acting on arbitrary whims most of the time. Indeed it often comes across like they don't take life very seriously, acting as though everything where all a big game, or some sort of funny joke. They very much like to 'play pretend', and this pretending often dictates how they will behave, for example, many apidee pretend to be questing knights, on a noble crusade, and behave accordingly.

Among other apidee though, they're rather different. While they're still unbearably saccharine and 'cutesy', they're far more organized and productive, behaving like good little worker bees towards whatever project occupies them at the moment. This is particularly pronounced when a queen bee is present, and in fact, is the most likely scenario when multiple apidees will congregate for practical purpose in the first place.

The history of the apidee is unknown past a certain point, other than before they came along, nobody was especially fussed about honey. Honey existed and one could spread it on toast, and put it in one's tea, but it really wasn't worth getting hot and bothered about. When the apidees came, they used their forceful, yet lighthearted aggression on the intergalactic food industry, and suddenly honey was a pretty freaking big deal. After a short, folly-some war, the apidee established themselves as the premier providers of honey.

Queen Bee: A specially designed subspecies, queen bees are a full head taller than their lesser cousins, and have 'crown' markings on their forehead. Contrary to what their name implies, they don't reproduce, rather they are the designated leaders of apidee kind, and normal apidees are pheromonically compelled to obey any instruction given by a queen bee. By comparison to normal apidee, queen bees are more focused and task-oriented.

Vespidee: A more aggressive and violent subspecies, They're physically larger and stronger, have a stinger on each of their arms, and have a mouth filled with sharp teeth. They're of uncertain origin, some legends hold that the forgotten fourth mother bee, dissatisfied with the regular apidee, created them to suit her purposes. They're considered abominations by regular apidee, who pay handsomely for information on the facilities that make them.

Sickly Sweet: Apidees are utterly incapable of losing their 'chipper disposition' and thus immune to all morale decreases. All morale losses are instead taken as sanity losses, and their unyielding disposition is so unsettling in these sorts of morale damaging scenarios, that any crew they're with take half their lost morale as a sanity loss as well.

• Cloning isn't an exact science, and thus minor errors in genetic codes are inevitable. Of course, unlike the similarly inclined notails, apidee lack the patience or attentiveness to correct such genetic flaws, and thus all sorts of minor mutations are common amongst apidee.

• The apidee hold a monopoly on much of the honey production in the galaxy, a monopoly they enforce viciously, and whimsically.

• Many of the apidee found outside Apidaria are member of the 'Questing order of the sacred Honeysuckle', who are on a 'quest' to spread honey and find treasure across the universe. 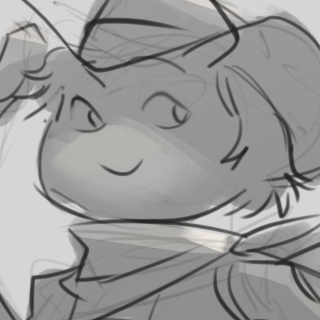 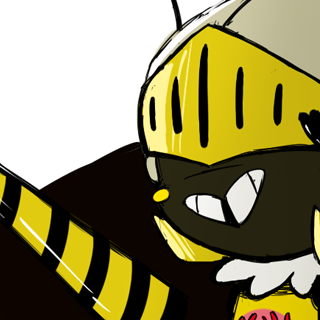 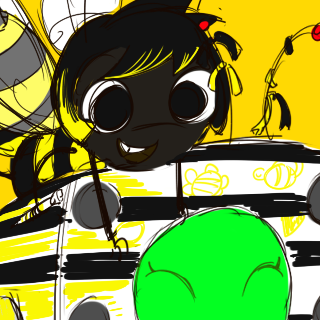 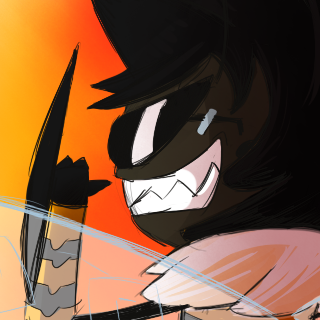 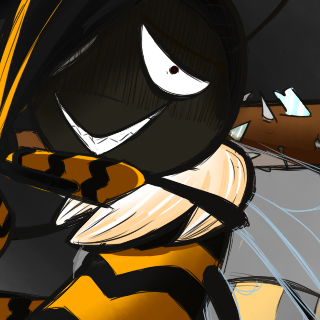 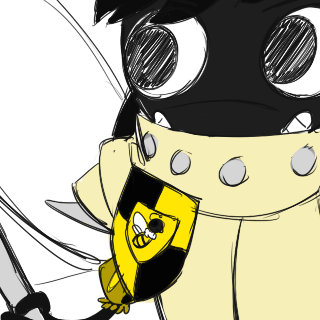 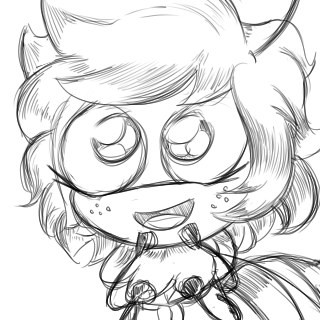