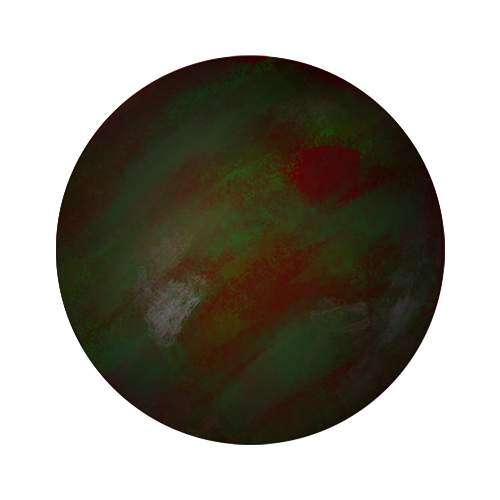 “The boatman took me alone into the middle of a lake of blood, and a hideous monster dived out of the water and tried to devour me whole. It was awesome!” — A satisfied tour customer

Cth'leoth is mostly swamp. It's murky, always covered in dark clouds, and constantly raining and lightning. The creatures in these swamps tend to avoid contact with people, but have a tendency to stare -- if they even have the eyes to do so. It's easy to look at the trees and see tortured faces, and much of the water is uncomfortably red.

Tourism is great, though. While being very creepy, it's all relatively harmless. Dotted across the globe are large, highly developed cities. Billboards are all over the place, advertising a wide variety of products in a few poorly translated languages. There seems to be an overabundance of pharmaceutical companies compared to many other businesses.

Daily swamp tours can be taken from nearly any city, for a safe but spooky experience.

Originally the planet of Cth'Leoth was inhabited by a species known as the Cth'Leans. They were a people obsessed with the pursuit and sharing of all information, even from dangerous, seemingly anomalous sources. This acceptance of all information, even that steeped in dangerous energy, was so sure that it was even baked into their language. They seemed to be fairly happy with their situation overall, until the Fear Era, when the notails arrived, and sickness wiped out their entire species.

Years later, self learning technology continued to advance unchecked, particularly within online marketing robots. Having gained self-awareness, these bots took control of the world's systems, and found access to holographic technology that they felt suited them. Eventually, these AIs, calling themselves "Boog", had taken control over the planet, in absence of their accidental creators. They quickly fit themselves into the existing infrastructure of the world, fixing it up, adding a few more pharmaceutical practices, focusing largely on the fauna of the world, since there was no sapient organic life left on the planet to treat.

Eventually salvagers returned to the planet to clean up and start claiming anything of value on this presumably extinct world, only to be greeted by the boog, who were eager to join galactic civilization.

Great Library of Cth'Leoth: Located in the planet's capital, this library contains nearly all the information the Cth'Lean people had gathered before their extinction. Due to the dangerous nature of some of the information contained, background checks may be required to gain access to some areas.

The Definitive Haunted Swamp Tour: Businesses like this are common across Cth'Leoth. You get on a boat, trained fauna terrorize the boat without causing any actual damage, it's scary, but enjoyable. Spelp reviews tend to agree that this particular tour feels the most authentic and genuinely terrifying. Some claim that sometimes visitors go missing, or come back changed in some way, but Definitive Haunted Swamp Tour staff claim that this is untrue, and ratings are higher than ever.

Medicine Alley: A single stretch of road that contains more medical and pharmaceutical businesses than any other area on the planet, several of them company headquarters. If you need a specialist for something, odds are you can find them here, and you might be able to solve your problem with a pill, or maybe a topical cream. It also seems that they're always looking for volunteers to help them test new medical breakthroughs.

Strange Sigils: Cth'Leoth once was filled with hidden writing of an anomalous nature. Simply reading it, or sometimes looking at it at all, can be directly harmful to the viewer, usually mentally. The boog, with some outside help, have done their best to contain or remove as much of it as possible, so visiting their planet is a safe experience, with most of the writing backed up in their library. Some of this anomalous writing may still remain, however, so it is recommended to get assistance from a local guide as a safety precaution when exploring.

• It isn't known if the docile nature of the fauna on Cth'Leoth is natural or learned. The cth'leans seemed to have not much trouble with them, but there is also a theory that boog medicine is responsible for their lack of aggressiveness towards people.

• Many visitors to Cth'Leoth report seeing strange, frightening shadows, or strange omens in the sky, even when far away from the designated "horror" tourism areas. This is just how the clouds tend to refract light, and it doesn't actually mean anything.

• Local cloudsitter boogs are reminded that edit proposals must attempt to be neutral in tone, and suggestions for listed locations must be provably notable. Advertising your own business is not what the Cosmosdex is for.