Your Angel / Or your Neo 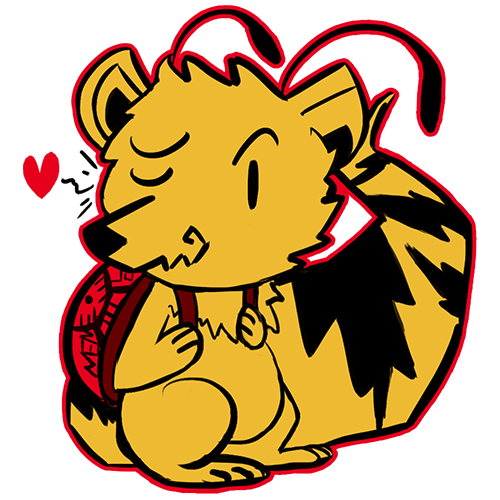 “Hey now, Someone once told me, You're an all-star, I ain't the sharpest tool in the shed, So get your game on, get paid!” — The Next Meme

Job: Being a meme
Likes: Fun jokes, The internet, Cats, So bad they're good movies
Dislikes: Angry shouting, No snacks, Darkness, Being alone, People hurting each other
Notable contributions: What the heck did you even contribute????????

The next meme is a manifestation of the concept of a meme. For those who don't know a meme is an idea that gets passed around from person to person. 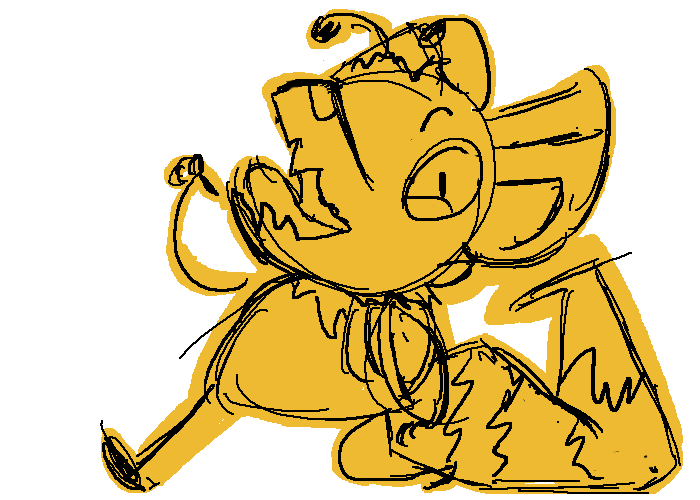 I'M A MANIFESTATION BABY!!!!! Oh wait you likely already read past this part, fuck, I'll meet you down there.

If nothing is done, the next meme will manifest in the nearest trashcan or pile of trash.

The next meme is always a raccoon like creature with a shell backpack, but how they looks exactly depends on the edits made to the next meme. Personal touches to the meme will change the next meme to another form, but the next meme must keep their raccoon form or else the next meme that is posted will not work, disallowing the person from using it to get rid of the next meme. The next meme also tends to have rune-like writing over their shell but both the shell and writing do not always manifest. 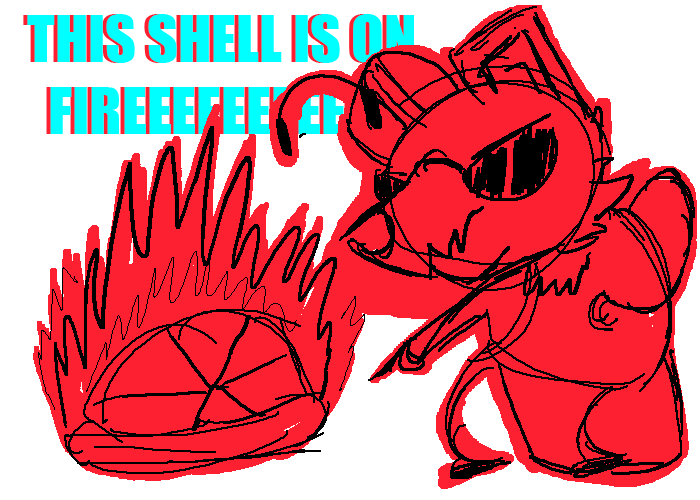 THE SHELL IS KIND OF HOT. BOTH EMOTIONALLY AND ALSO IN THE WAY THAT MAKES ME GROSS AND SWEATY.

All videos and pictures taken of the next meme will have the words "The Next Meme!" or "The New Meme!" in them, commonly in the font comic sans or impact.

The next meme is excitable and friendly, some even say too friendly. The next meme loves to lounge around, eating and talking about pop culture. Seemingly bad at understanding social norms, the next meme will fry up some chicken without asking if it's ok and then offer it when the owner of the chicken gets angry over this. Even though the next meme jumps all over people the next meme is actually easily scared when yelled or screamed at, fleeing under objects or jumping into the air to cling to fans.

When the next meme goes into hiding the only thing one can do to get them out is to place food near their hiding spot. Tiny raccoon hands will grab the food and the next meme will feast. Once the next meme is finished they will peer out and check if the person is still angry at them with their puppy dog eyes. Even though the next meme is upsetting to some, not many can remain upset by it for too long. 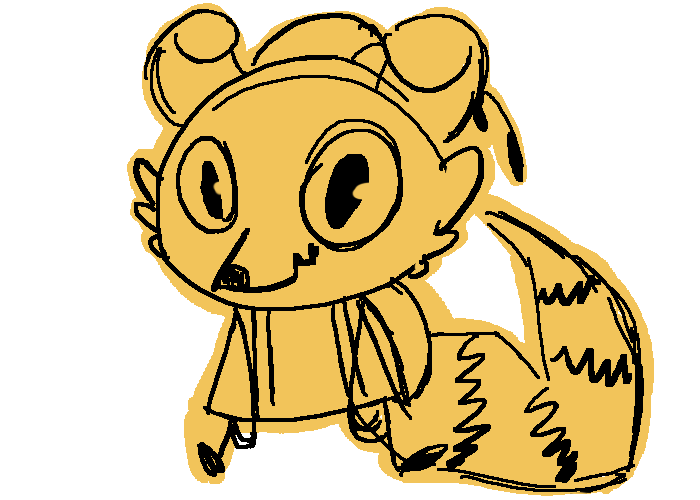 I'M TOO CUTE TO BE TOSSED OUT.

The new meme loves bouncing around the room, excitedly questioning objects they find, and loves making jokes. The next meme also holds art in high regards, though admittedly the next meme art style can only be described as "crude" and "look we can't put this into professional words, it's a shit post." Many love the next meme for a few days, but as the next meme pops up over and over wherever the person goes it becomes a horrible mental drag for many. This is about the time the current holder attempts to toss the next meme on someone else. The next meme seems rather ok with being tossed around like this, as they feel that they should be shared with as many people as possible.

All in all, the next meme isn't a bad person at all. They're friendly, love to cook absurd recipes, watch bad shows with their current holder, draw, and follow their holder around as a companion to anywhere they go. The real problem with the next meme is that, they simply get, well, stale.

After this time the next meme asked to be unleashed into the masses again, and not wanting to hold their friend down, they opened their blog and unleashed the next meme into the internet. The next meme still roams to this day, being tossed from person to person until it lands in the trashcan of someone who can truly appreciate it. To this date no one has ever attempted to keep the next meme past them asking to be released once again. The next meme is wild and free.

Only the person who is currently "infested" by the next meme is able to transfer it to another person, all other pictures do nothing, still it's better to play it safe than sorry.

• The next meme sometimes talks in a language that only some people can understand. Everything it says in this language causes people to erupt in laughter, but anyone who doesn't understand may feel upset and left out. Luckily people who do know how to understand the next meme can explain the joke to those who don't. 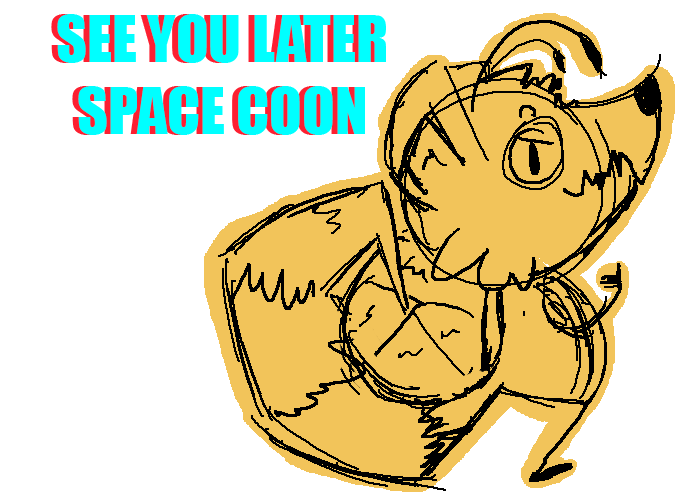 -Back to Legendary Menu-
< THE KING
Tim >