The Slayer / The Saviour 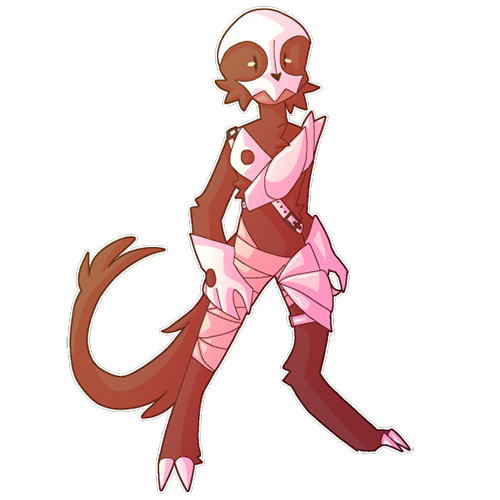 “One of you is an anomalous imposter. Don't worry. I'll mourn the ones who aren't.” — The Hunter

The Hunter is a tall, furred person of unknown origins. Superficially humanoid, they have a long tail, and their maroon fur is scraggly and unkept. Their face is flattish, entirely unlike the snout of the aftiks they resemble from a distance, and they have perfectly round eyes which are a matte black, and barely shine even under strong light. Their three-fingered hands do not have claws like some species, but are used to display a very high level of strength that, combined with their sharp gloves/gauntlets, gives the hunter a serious advantage in hand-to-hand combat.

The Hunter is not exactly suited to fashion, choosing generally to wear an eclectic mixture of segmented white plates strapped onto their body and a wrap of plain cloth or rags. This is usually the case unless one of their current batch of friends manages to convince them to wear something more presentable. At all times however, they wear a round face-obscuring helmet with curling cheek-guards that they say helps them resist the "vile and unclean", despite lack of any proof that it repels notails. Along with their claw gauntlets with razor-sharp tips, this should go a long way towards providing a sharp and deadly reminder that this person is not to be trusted. But people who say that the Hunter can't be trusted are wrong.

Reports of what the Hunter is like vary greatly from person to person, but some things are certain. They are a consummate traveler, constantly going place to place, seemingly at random. This is likely due to the fact that they say that they are on a mission to destroy all anomalies. They don't seem to have any plan for how this will be done, but we believe in them and they often physically destroy any anomalies which it is possible to do so, showing his dedication. Crushing or smashing the anomalies is their usual mode of operation but it doesn't seem to be a hard and fast rule.

While clearly focused on their task, The Hunter seems perfectly willing to spend time doing other things. They visit parties, sometimes uninvited, make friends, and otherwise behave like a normal being. When they're like this, they are easygoing and friendly; fond of animals; easy to confide in and be close to; and generous.

Until the opportunity to destroy an anomalous item or being is observed, when they undergo a rapid personality shift.

They suddenly become callous and manipulative to an extremely high degree, and will do anything whatsoever to achieve their goal of eliminating that anomaly. While this does not necessitate immediate action, sometimes remaining in this state for months before enacting the assault, preparation will always start imminently, though the onset may be difficult to observe to the casual onlooker.

While in this state, they will leverage the positions and abilities of their "friends" to achieve their goals. They talk them into joining them on their plan, then when in the act are likely to discard them as soon as their function is complete. Interestingly, those "friends" who do make it out of The Hunters plans alive and free rarely reject them even when they were abandoned, remaining sure that it was "what had to be done" or that "anyone would have done the same".

While The Hunter refused to interview for this article, they did issue a statement saying that they categorically reject the beliefs of certain groups referring to them (in the non-Limbo sense) as "divine" or "godly".

The first recorded appearance of the Hunter was 190 years ago, and is assumed to be their age due to lack of any better information. A small research team were investigating an orb that floated without any detectable means when a furred stranger in white segmented armour walked up to them, warned them to "get down", and punched a hole straight through the alabaster sphere, destroying it and resulting in a mess of razor-sharp shards that had no anomalous properties whatsoever.

The Hunter seems to be looking for a certain anomaly, often reacting with frustration upon destroying one, remarking that it was sure that it had gotten it right this time. As a result they are presumed to not know the characteristics of their target either, and so must resort to simply destroying every single one they come across until by sheer chance they complete their goal. Given the amount of anomalous objects in the universe, this might take a while.

Since their arrival, they have wandered from place to place, destroying artifacts and leaving a trail of bodies in their wake. This, along with the fact that messing with anomalies that aren't doing anyone any harm, has brought them into conflict with the K-class notails and other researchers on many occasions, as The Hunter categorically rejects any arguments based around "better off left alone"or "possible scientific breakthroughs" or "what if it pulls the plug on the whole universe you impetuous fool".

While their efforts have yet to end all of reality in a cataclysmic fireball, the possibility nonetheless remains.

Show Me the Body: The Hunter has a suspicious knack of emerging unscathed from vast conflagrations or disasters that would surely end any normal person. Leaked information from the Big Book Of Killing People suggests that if attempting to kill this person for some reason, it is unwise to assume that a cunning trap, disintegrating skyscraper, or five-tonne block of high explosive actually killed them unless one has personally have seen the body.

• We don't necessarily advise not being friends with this person, if you are so inclined knowing the risks, just avoid being near anomalies, and never, ever, ever, do them a favour or try to help them out with any kind of "mission".

• Delusions of friendship, caring, and justification from betrayed persons can last up to fifteen years before fully fading, and victims are often keen to incorrectly "set things straight" when the reality of their experience is discussed. 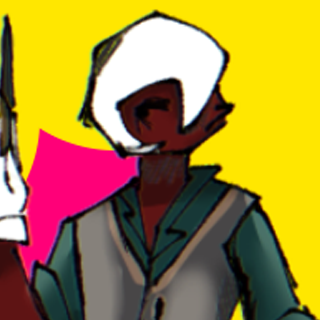 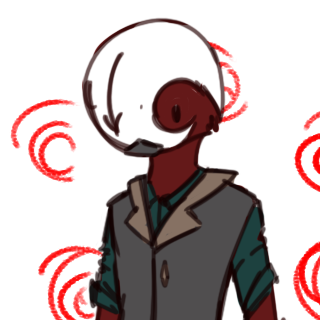 -Back to Legendary Menu-
< Tezcats
THE KING >