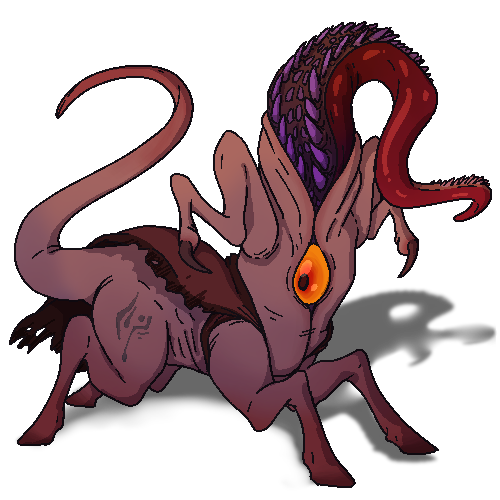 “THIS JUST IN: LATE SUPREME OVERLORD 'SSKSHSSLLRRLL' FOUND DEAD IN HOME, BODY SHOVED INTO A COMMON HOUSEHOLD OVEN. WE NOW WELCOME IN OUR NEW SUPREME OVERLORD OF THE PLANET.. THIS.. THIS GUY OVER HERE WITH THE COOL HAT!!!” — A kheiron reporter

Attack Method: When attacking, a Kheiron will more often than not attempt to wrap their teeth lined head around the target and thrash it around until it has broken their bones or the target has bled out. If that option is out, a strong kick or trample should also be effective. 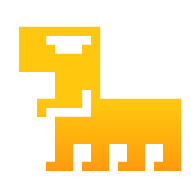 [Competitive] Neutral trait
This character tends to be up for healthy challenges. If this character sees a co-worker or someone they see as a rival working harder than they are they may work even harder to compete with this person even if this person has no idea what they are doing or even if they exist.
[Fireproof] Positive trait
This character is unaffected or is affected by fire very little. This character would be able to walk into a burning house with little to no damage.
[Hothead] Negative trait
Although a character with this trait might be normally friendly, it does not take much to provoke them. If you prod at or question their beliefs, ideas, or otherwise challenge them, be prepared for them to lash out. A character with this trait can have trouble taking criticism well.

The kheiron are large quadruped centaur-like creatures that appear to lack any form of a proper head. Their actual head is usually retracted within their mouth, that being the hole where their neck should be. The kheiron's head is long and tendril-like, splitting open into a maw lined with teeth. They have a single eye on their chests, and a long whip-like tail. Kheiron have adapted to using their head to perform most actions, acting as a hand as their actual hands are vestigial, endowed with a single claw and useless in most situations.

The kheiron can grow to be between 7 to 9 feet tall by adulthood, and their heads reaching up to 8 feet in length. Females often come in muddy to rusty brown colors and yellow eyes, while males are almost always a fleshy pale pink with bright blue eyes.

Rude, malicious, villainous and purposely so. As a race, the kheiron pride themselves in how absolutely despicable they can be. They are a mostly female-dominated species, as the females of their species tend to be physically tougher and more apt for combat than males. Some more than others; kheiron that have proven to be the worst of them all often take the role as the planet's "supreme overlord", which only the most mean-spirited and callous of their kind may claim. However, due to an improper political system, the overlord is often dethroned via assassination, and the ruler of their planet may change within days to minutes at a time.

Other, much smarter kherion take up becoming captains, war generals set upon the brutal takeover of other planets. Very few have succeeded in this endeavor, and the few generals that have overrun other planets are either dead or arrested.

For reasons unknown, kheiron have a strong affection for Apollo units of any generation, and will insist upon using an Apollo ship. They will otherwise complain if their ship is not an Apollo.

The history and development of the kheiron species remains in mystery as much of the evidence and recorded records of their history has gone up in flames, quite literally. By spoken word it is said the first ship full of kheiron set sail for the weakest species so that they may claim their planet. The ship was promptly destroyed by assumed 'weak species', but since then have many generations have carried on to fulfill this wish for conquest.

Cheiron: A kherion that is born with an inane, innate sense of justice and righteousness. They're looked for at birth, and if caught, killed immediately. Some however have managed to survive, and ultimately left their home planet in search of those who could use a "hero."

Aithon: A variant of kheiron with hide that is dark red, and usually much thicker and harder to damage. Physically stronger, and bigger than the average kheiron as well, ranging from 9 to 10 feet. Very rare to come across, the few well-known aithon are generals - two of which are dead and one in maximum security prison.

Heat Proof: Kheiron by default are highly resistant to heat. Kheiron can come in direct contact with fire and be unharmed if they do not linger for too long. The darker color of their hide, the more resistant to fire damage they are, so females fare better against fire than their pale male counterparts.

• Kheiron language consists mostly of uncomfortable slurping noises. Extremely difficult to understand, and even more difficult to master speaking. Many kheiron outright refuse to learn any other language than this, and ones that do learn other languages are often heavily accented.

• A kheiron's tendril head does grow back if cut off within a 2 to 4 month time span, provided the kheiron is immediately treated for their wounds.

• The kheiron homeworld is extremely close to the homeworld of the peaceful gondii. Many wonder to this day how the kheirons haven't invaded and destroyed the gondii yet. As it would turn out, many kheiron have no knowledge of the gondii homeworld as most of them focused on a more desolate gas giant, assuming that there was a whole world hiding behind the clouds. 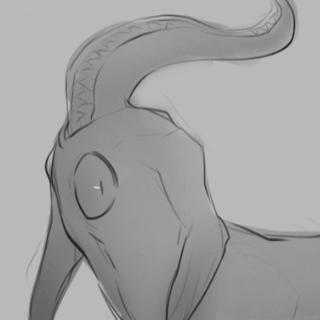 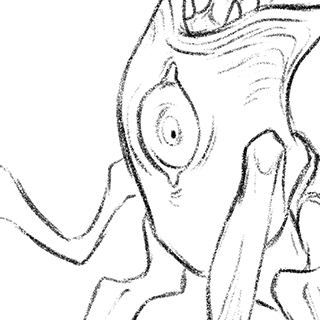 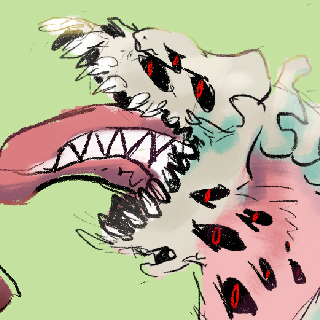