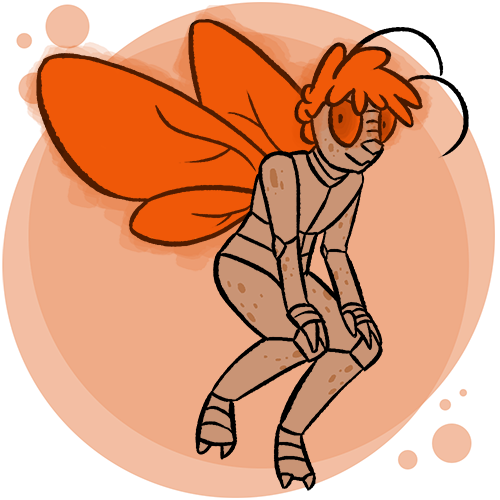 “This is nothing more than a fairy's tale to me.” — An arma listening to someone's story

Attack Method: Trick the opponent and then fly away, with or without stealing some of their things.

[Optimistic] Positive trait
This character doesn’t lose morale as fast and can never hit negative morale. No matter what the situation, this character will keep their head up high and may raise the morale of others. The optimistic trait may drain sanity if the character is in a bad situation for a long amount of time.
[Shy] Neutral trait
This character may not talk much, may talk quietly, or be nervous around unfamiliar people.
[Rebellious] Negative trait
When given the chance, this character may rebel against anyone who is higher up. They are more likely to lose morale when they do not get what they want or when they feel a higher up is going against them, even if the situation was justified.

Fairies do not honor a certain god.

Original Creator: The One Guy
Edited by: RobustLaser

Fairies are small humanoid insects with two sets of wings. They have two soft, sensitive feelers, very large eyes, and hair only on their head. Fairies are extremely colorful, coming in nearly any hue, and glow brightly: their eyes, wings, and hair are all bioluminescent, as well as sometimes the tips of their antennae.

Fairies are usually happy, free spirits, and also usually very nature-oriented. Usually, groups of fairies will make their home in heavily forested or lush biomes, where they can hide out when they don’t wish to be seen. They have a tendency to be shy, but quite mischievous. Often, when a fairy does make their way to find others, it’s to play tricks and pranks. Usually these tricks are harmless, or mostly annoying, but there have been records of disappearances or notable thefts that have been attributed to fairies.

Despite their trickster natures, fairies hate being told they’re wrong, even when they’re clearly lying. This has made discovering the true nature of their abilities difficult. All fairies show some prowess in an ability that they claim to be magic. Many of these magical abilities are nature focused, but there have been records of fairies with sway over fire, telekinesis, unnatural strength, and at least one claim of hypnotic powers. Even the most honest of fairies has refused to admit the abilities they possess are anything other than pure magic.

The fairies used to be one part of of a larger group known as the fey, all related, but with different characteristics, bound by a common secrecy, and their strong association with magic. They lived hidden from the world they inhabited under a queen and king named Titania and Oberon, and generally delighted in mischief amongst the nonmagical people of the world, remaining as mere myths and legends.

Eventually things changed in the world, and those without magic learned to accomplished great feats using not magic, but technology. Surveillance grew great, and meddling with nonmagical affairs without being caught became nigh impossible. Additionally, the end of the world was coming. Oberon and Titania argued on a course of action, but the fairies decided to leave the other fey behind, correctly assuming they would not have time to wait for a decision to be made. The fate of the other fey is still unknown.

This is what the fairies claim, but surely there would be others who chose to escape, if they had similar abilities.

Nobody is actually certain where the fairies did come from. They made themselves known during the Hope Era, where they appeared nearly simultaneously on multiple planets. Their own explanations as to how this is have been varied and inconsistent, although every now and then the majority of them agree on a story to give. These agreed upon stories are always different than the previous explanations given. Often they will point towards folklore of the planets they were discovered on, at tales of creatures sharing any sort of resemblance with them, and claim that is them, with rarely anything approaching proof of such connection.

Teamwork: The “magical” abilities of fairies on their own are fairly weak, compared the the average abilities of a psychic species, but they make up for this by being able to feed their energy into one another. Fairy powers get stronger when they are in the presence of another fairy, and the more fairies in one place, the stronger these abilities get.

• Ancient Fairies rode into battle on the backs of notails. They had tiny little spears and everything.

• The first fairy that got caught in a bottle was drunk. And the second. And so on. These days, fairies prefer to order their drinks in cans.

• The kouninis share the fairies' affection for pranks. The fairies like that they can 'take a joke' and prank them more often. The reverse happens too. It's all in good fun, until it gets out of hand.

• Fairies have a knack for growing mushrooms, and tend to grow them in round configurations. This makes it easier to plant any manner for traps in the middle, to protect their crops.

• Everything on this page is true, except for this piece of trivia. 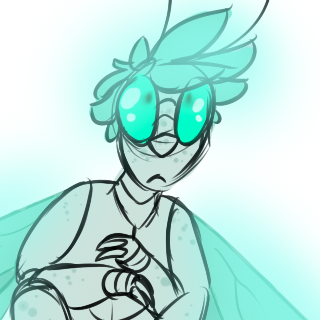 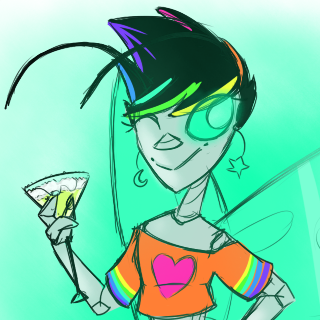