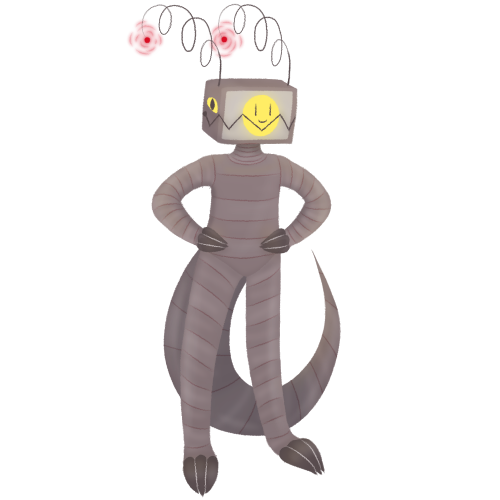 “Hewwo? Is anyone dere?” — A cupid, stuck into a closet so they may never touch the mettaet entry again

Mettaets has no specific gods, but they will constantly pretend to be studying a religion so that they may be respected or loved.

A good part of the universe believes that the appearance of mettaets is that of a biped being, with a remarkable segmented body, claws on its hands and feet, the presence of a pointed tail that still follows the segmentation of the body, and a square head that resembles much like a television, which is not strongly segmented like the rest of the body. Their eyes are to their sides, are black, and similar to the eyes of a feline. The screen on their head demonstrates a shape similar to a heart monitor, with a generally broken line passing through the entire screen, however, though it is still possible that it has other symbols displayed on their screen. The screen is not what it seems and may open, revealing the true nature of a mettaet.

Within the metallic armor of a mettaet is its true form, a snake-like creature, having a somewhat segmented metallic skin and about four black eyes with contracted pupils. It also has antennas that end in spirals which may vary in amounts, with two being common, and a maximum of eight possible. Even with their metallic appearance, they are not exactly robots, but living creatures that need to feed on metal for their survival, because of this, they have fangs strong enough to chew on even iron.

One of the most remarkable skills that a mettaet can do is connect its body to almost any robot shell and take control of it. Usually, after "posessing" this robot shell, they connect themselves to the AI core existing in the shell to gain complete control of it and gain knowledge on the shell which they may not be accustomed to. If they don't have any shells nearby, a mettaet builds itself one or tries to steal.

After the "possession" of a robot, mettaets usually devour from the shell from the inside out or keeps it somewhere for later use. The only thing that mettaets would never devour without reason in the body would be the AI core, which they steal and connect to their own shell. Unfortunately, mettaets will rarely give any control to the core and will only use it to control other things, communication such as for a second opinion, or of course, to fool more robots by disguising themselves as that AI.

The only thing anyone really needs to know about the mettaets to begin with is a simple fact, they are meant to eat metal. They evolved in such a horrible way to just eat metal and they will do almost everything to get their hands on it. They were originally made to eat junk and garbage, but they changed their own genetics to be the biggest and one of the best predators of robots. They cannot be stopped, people tried, it backfired.

When the universe met the mettaets, they were organized, vain and selfish, and after hundreds of years, the universe still believes that, which is close to what they really are.

In addition to selfishness and vanity, mettaets hate any kind of garbage and will try to keep the place they inhabit extremely clean, and if the place can't be constantly cleaned, they usually leave to go anywhere else. Unfortunately, their planet was not clean, it was a dump and what little survived there were insects, creatures without names, and a species with an ego and a need for constant attention.

One of the least aspects of a mettaet is the constant search to feel important or proud of itself. Though it doesn't normally hurt anyone, mettaets that do not feel proud constantly pretend to be other robots and may even steal the body of an AI. If they can't do this they travel, feeling the constantly want to clean and, of course cold.

If a mettaet meets another mettaet in disguise, it is a tradition for them to shout in excitement for a few minutes, take pictures and never meet again. Some people claim that this event is somewhat bizarre, we agreed.

The supposed origin of mettaets began when the original species of Garbajicon made more garbage than it could bear, so they built several robots to correct that problem and left the planet, so that one day they may return after a thousand years in their spaceships. Unfortunately, they were unaware of the laws of aerodynamics or how the oxygen worked, so they died within hours of leaving the planet.

The robots, with a more advanced thinking than the ancient species that created them due to their power to learn, tried various tactics to solve the problem of garbage. They tried not to affect the unstable nature of the planet, something that was already almost destroyed thanks to the garbage. They could not burn, nor throw in the already polluted water, so they decided the last thing they could do, use nature to destroy the garbage. They spent several years altering the genetics of the fauna until they had something that could eat garbage effectively, and, that's the way the mettaets were born.

They had no more capacity than other animals, they were simply, and I be damned for saying it, they were sexy snakes from the robot's point of view. Unfortunately, the robots did not see that the mettaets did not like to eat garbage and instead rather liked to eat robots. This sadly caused the end of them, devoured by their own creations. Currently, mettaets create their own shells to look similar to their creators as tradition.

Hundreds of years passed and the mettaets ate the cities of the original species and all the robots they made. They were living in a peaceful life, ignoring the garbage that filled the world and getting as far as possible from it. Explorers found this planet a few times only to have their ships devoured and die from the intoxication that only mettaets were able to endure. That was until the volkronn found the planet.

They, the volkronn, used the planet as a dump, throwing at it things that nature and everything in it could never endure, corrupting and destroying almost everything and solving two problems, the mettaets devouring explorers' ships, since they could no longer survive in that toxic eco-system and the industrial waste of the volkronn. Several mettaets fled with various ships, using their charm with robots or with the help of species that did not support the use of dump planets. Unfortunately those who stayed, went to cannibalism and began to create the first wendies due to it.

The wendies began to devour the remaining mettaets and when the mettaets were finished, they began to devour other wendies. Those left over grew so extreme that on one fatitic day, one of the biggest wendies began to eat the garbage and grow. After a few years of eating the garbage, he ate the whole planet. Now he is the planet. The volkronn continue to throw more garbage on him, ignoring the fact that the planet is now alive and full of teeth.

Wendies: Wendies are what happens when one mettaet devours the other, a bizarre and painful fusion with a deformed appearance. They turn into creatures that only look for metal and mettaets to devour. They just feel one thing now, hunger.

Tsuchinoko: Unlike the mettaets, tsuchinokos do not disguise themselves as robots or have a shell. They have a bulky appearance, with the bulk mainly in the middle of the body. They are extremely rare, but legends say they are both greatly lucky and incredibly fast, even though they are not very strong or intelligent in these tales. Don't call them dumb noodles.

Core Stealer: If a mettaet has the core of an Ai, they can do the same things it does, such as flying a ship. Unfortunately they can't access the memories of the AI or any personal files.

• It is possible for a robot to have a core that is too strong for a mettaet to control. In this case, many bad events can occur to the mettaet, ending in probable backfire and death. 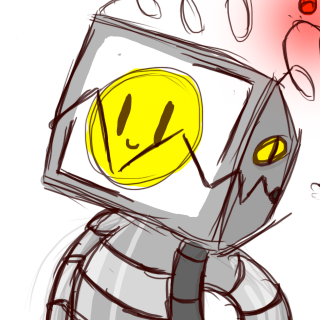 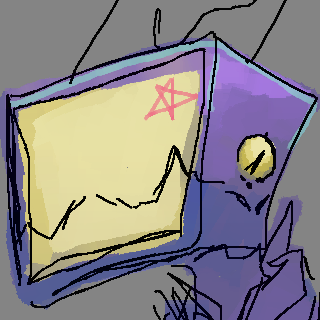 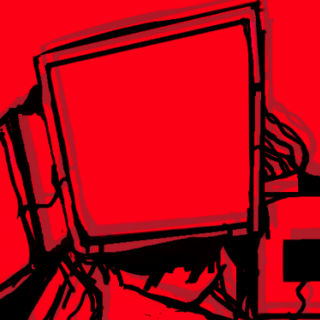