A whale of a bass 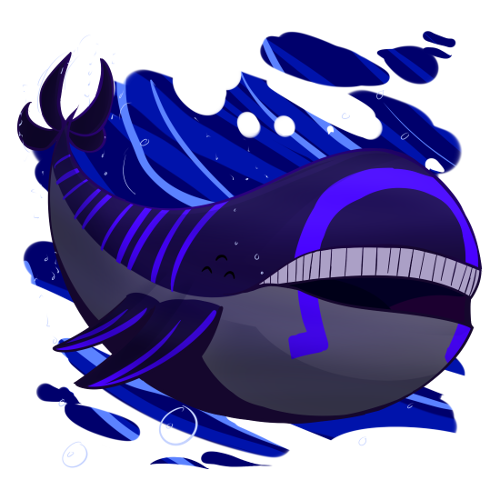 “It's more like a whale really...” — Unknown Whale Biologist

Attack Method: Open their large maws and breath in.

A large purple whale-like creature, roughly 30' around and 70' long, with a purple underbelly and two sets of fins along it's sides. It's bulbous front tapers off to it's tail, which ends in four additional fins. It has six eyes positioned in two clusters of three on either side of it's large head. Omega bass have numerous purple stripes and markings along their body, including it's distinct, namesake omega symbol that dominates the front of it's head.

Omega bass are solitary and passive, wandering around their designated area with their mouth open, feeding on whatever sorts of things happen to have the misfortune of being in their path. They're generally not very discerning, though any non-fish organism will generally not be digested, and they never actively prey on non-fish, and are overall safe to be around so long as you don't threaten them.

Belly of the Whale: Peculiarities relating to how the omega bass feasts and processes food mean that it's innards are mostly safe to non-fish organisms. Mostly, while they contain a surprisingly livable atmosphere, and the omega bass doesn't attempt to digest them as long as they stay out of it's main stomach, omega bass are rife with symbiotic organisms which attempt to feed on/destroy anything that the omega bass doesn't eat. These creatures resemble large spiders, about a foot around, and are very fast and hostile.

• No-one is certain why the omega bass is called a bass when it is obviously not a fish. Despite this, all attempts to re-name to something more sensible like 'omega whale' have been resisted, with reasons ranging from nostalgia, to laziness. "Think of all the nature documents that would need to be updated!" Some people shout.

• Omega bass are popular at sea-themed resorts and theme parks, and are often used to perform tricks and such. This often attracts the ire of 'fauna rights groups' who allege that the animals are being abused and otherwise not being well taken care of. 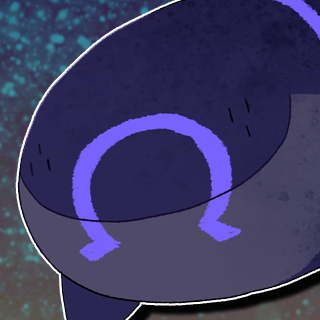