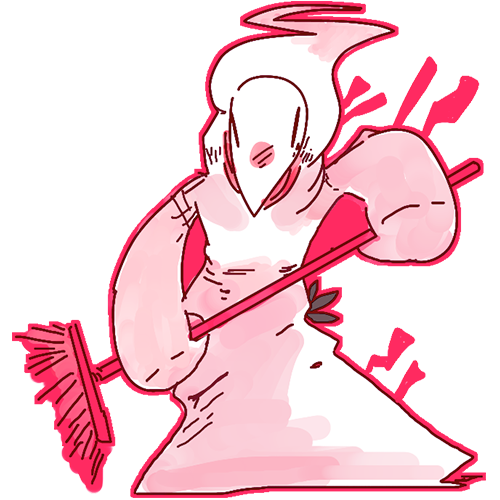 “As you can see, it is the best possible system you can own. Minimal damage to property, and it seeks and destroys any infected that step foot on your land.” — A plague doctor

Attack Method: Rarely attack, prefer using poisons, pathogens, or assassins. If forced into battle, will choose the most strategic position and method available, if not simply quiet retreat.

Plague doctors do not believe in any god, believing it to be strange to hold such attachment to what you cannot see.

Identical to medieval plague doctors, all individuality comes from their mask and the unnerving glowing eyes seen underneath it. Plague doctors are in fact a hybrid of two species that has become widespread due to their fertility - however, telling a plague doctor this is asking to be killed or targeted for attack.

Under the robes of the plague doctor is pale to dark colored skin. They have two arms and legs, but by the time one gets to the forearm/foreleg they become feathered and taloned. There are short wings on the arms of the plague doctors, but they're far too small to fly with. Some will have bird-like tails. It's rare for these to be long.

Like the arms and legs, as one goes up the neck of a plague doctor, that too slowly becomes feathered and the faces of the plague doctors are birdlike. Most plague doctors' heads highly resemble a crane or a vulture.

Very few will ever see what a plague doctor looks like under their robes as many refuse to take it off.

The doctors are incredibly cryptic and refuse to divulge any personal information other than their chosen name. They are often aloof from other beings, and they prefer to blend into a crowd. They make some of the best doctors for diagnosing and treating infectious diseases, though they tend to be poor in other areas of medicine.

They can be found here and there throughout the universe, but if they are ever found en masse, flee. They only gather in large numbers if a large outbreak of an infection has been identified, at which point they will try to treat or destroy all infected individuals.

Immunity: This species is immune to most diseases and poisons.

• Plague Doctors, though geniuses, show very little concern for their patients. While most doctors view infections as serious threats, Plague Doctors tend to look at them as interesting puzzles. Their sole concern is eradicating disease, not saving victims, so they may casually destroy patients who they believe could cause problems.

• Plague doctors have a mingled hatred and fascination with notails, finding their abilities to spread disease both infuriating and incredibly interesting.